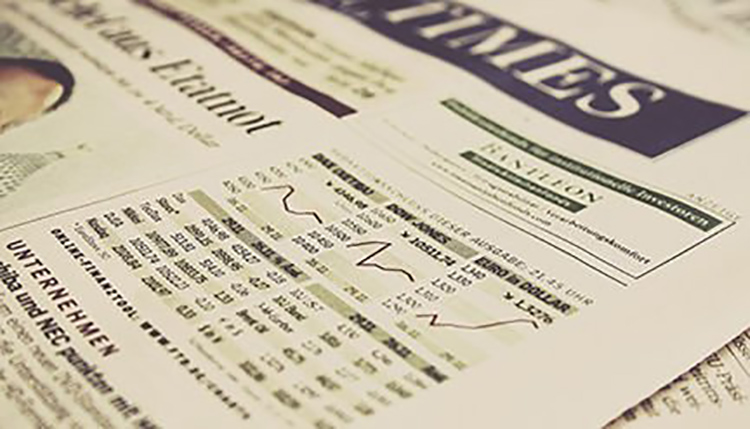 The Dow Jones industrial has been turbulence activity which continues to reflect fear and uncertainty. World markets across the globe are experiencing significant losses and instability.  This time the “experts” tribute these markets tumbles and anxiety mainly to “a China driven macro panic.” As if any big surprise or significant new information became available.

These developments are a harsh reminder that we are living at a time of unfamiliar economic patterns and uncertainty. The anxiety and markets fall is interesting as that the facts are clearly known, the world economy is still weak and growth is lethargic. Several years after the “experts” assured us that we were en route to a full and complete recovery from the 2008 recession, their promises remain unfulfilled. This increases individuals’ anxieties over their mere survival, national uncertainty, and global instability.

Why? What went wrong?

In 2008 Western Europe and the United States fell into one of the worst economic recessions in modern history. The U.S. government, the Federal Reserve Bank, and other governments and central banks across the world responded by deploying well-known economic tools and policies (stimulus packages, low interest rates, social programs, and austerity among others). The U.S Federal government and other governments across the globe have utilized a wide variety of fiscal and monetary policies and tools to “boost” the economy.” And in fact we have witnessed some indicators that at least the U.S economy is on slow track toward growth. While not especially true of Europe, this is the case for other countries. But the recovery is slow, unpredicted and fragile at best and many economies around the world continue to struggle. How have we addressed this unprecedented new reality? Are we developing creative and innovative “schools of thought” to deal with this “perfect storm” or have we continued to rely on old tools and shopworn, stagnated economic thinking and policies?

While we face many of the same daunting challenges that came together in 2008, we insist on applying band-aids on the local level and not on recognizing and confronting the systemic issues that are hindering worldwide economic recovery. Let’s look at the three elements that make up this “perfect storm”: 1. we live in an interconnected, global economy in which connectivity and the mechanisms of exchange dominate – what happens in the large Chinese economy or the small Greek economy reverberates way beyond those borders; 2. many parts of the world have transitioned to a knowledge-centered economy while others still rely on traditional economies of labor and material extraction; and 3. our current geo-political reality presents many potentially intercontinental threats (terrorism, increasing competition for raw materials, etc.) across continents while, at the same time, there is less international cooperation now than at almost any time since the Second World War. At a time when we need more collaboration among people the most, instead what we see is growing disarray.

Let’s look at some recent data. The International Monetary Fund (IMF), which for the most part has been reasonably optimistic, issued a “World Economic Outlook” report in July 2015 that revised its earlier projection of global economic growth. This week, the blow-back of the ongoing “perfect storm” came to the forefront when stocks fell sharply. The S&P 500 posted its first significant decline (5.0%) in 2015. The Dow Jones Industrial Average experienced its first significant drop (10.0%) since 2011. Though there was no identifiable reason for this drop, it seems clear to me that it signifies that the US is finally recognizing the severity of the challenges facing the world economy. The world economy is suffering – or undergoing some imperceptible, yet fundamental transformation – yet, we in the West have an obsolete and anachronistic economic and political framework that fails to consider the truly global dimension of our current challenges.

A quick tour will give us a sense of the world economy’s sluggish health: China – still considered the key emerging nation in the twenty-first century but is currently experiencing very troubling slow growth. Japan – an aging demography, long-term recession (beginning in the 1990’s), and the recent Fukushima catastrophe/tsunami have hobbled this once economic powerhouse. Europe – the Greek capitulation to Germany does not mean the crisis is over. Indeed, not only is the question over whether the Greeks can realistically repay is still up in the air, but the other PIIGS countries (Portugal, Italy, Ireland, Greece, Spain) still face daunting national debt levels that their economies can not sustain. Latin America – while many of these countries appeared to be revitalizing just a few years ago, the IMF has been recently revising its bullish projections on this region downward. The Middle East – this area is unlikely to see much economic growth for some time, despite its plenitude of natural resources. Obviously, geopolitical instability stemming from the Iraq War and the rise of ISIS, as well as the fall in oil prices, will hinder its potential indefinitely. Africa – while China has been making significant inroads in purchasing African natural resources, its still uncertain at this point whether Africans themselves will see much improvement to their lives. Sectarian conflicts (Congo) still haunt the continent. Russia – among all the nations of the world, this one is working hardest to re-establish itself as an economic counterweight to the West. In 2001, it formed the Shanghai Cooperation Organization with many of the USSR’s former satellite states and with China (India and Pakistan are scheduled to join next year) to foster greater economic cooperation. Last year, it took the bolder step of creating a Eurasian Economic Union as a counterweight to the EU. Yet, Russia’s own economy is struggling with sanctions related to its incursion into the Ukraine and, with the price of crude oil falling over 30% since this June in this heavily oil export-dependent country and the value of its currency declining by about 25%, its future looks far from rosy. The United States – while the housing market is showing some life, manufacturing growth continues to be anemic – its weakest pace in two years. While some influential voices have recently been worrying over inflation, leading to the possibility that the Fed will raise short-time interest rates at its September meeting, I believe that this is unfounded. Increasing consumer purchasing power – through job creation and income amelioration – will help the economy more than a simple interest rate adjustment. Nonetheless, the anxieties caused by the Fed’s potential rate hike helped to disturb the market and add to our already growing fear of insecurity.

The sad fact is that the fragile and limited global economic recovery has taken place despite ongoing very low interest rates and monetary policy set forth by major central banks. According to the International Monetary Fund, world trade grew by an average of 7 per cent a year from 1996 to 2007. Since 2010, it has grown by just 4 per cent a year. Yet, what seems to be strange is the Federal Reserve rumored intention to return interest rates to previous levels that has only created grim expectations that were manifested last week on Wall Street. Other central banks have taken a different direction. They have enhanced efforts to stimulate their fragile economies. The European Central Bank initiated a quantitative easing program, the Bank of Canada cut its interest rates, China, Japan and India have all recently changed their monetary policies. Again, the results have not proven effective.

The slow economic recovery is further hampered by frightening levels of individual and national debt. A report by the International Centre for Monetary and Banking Studies and the Centre for Economic and Policy Research pointed to a dramatic increase in world debt (government, corporate and household). Debt has hit a record 212 per cent of worldwide gross domestic product as of the end of 2013, up from 174 per cent in 2008. In the case of the U.S most of the growth in debt has been in the federal debt and primarily due to stimulus policies and trade deficits as well as credit card and student loan debts, the latter of which are particularly crippling due to the lack of good-paying jobs. High debts are always a barrier against economic stimulus because they reduce consumer demand – money that could be put to work in the economy is siphoned off as interest payments – and hamper public and private initiatives to restart growth.

This tough worldwide economic reality is new and unfamiliar to economists. Current textbooks and economic theories have fallen short in addressing its sheer complexity; this is shown in their lack of innovative ideas and policies.

Where do we go from here?

Clearly, that the time has come for new innovative analysis and a new path to address this worldwide economic stagnation. I suggest four immediate action-oriented efforts that would make a significant difference and will contribute to a return to sustained global economic growth, will reduce anxiety and push the Dow Jones up.

First, policy makers, governments, NGOs, academics and businesses must engage in challenging current knowledge and in developing intellectual frameworks that will account for these new economic variables. They must account for and recognize the new factors that have emerged in the world in the past years. Second, we need forward-looking leadership across the globe that will project positive energy and realistic expectations to their populations that we have the tools and capacity to create the greatest economic recovery ever. Expectations for a global recovery will have a significant impact on consumers and manufacturers. A persistent pessimistic leadership approach depresses consumer confidence.  Third, a significant economic turnaround will require a strong collaborative and coordinated activity across the world. The era when one nation could implement fiscal and monetary policies while ignoring the voices of others has passed. Fourth, we need to examine if the current institutional structures are still valid. Do we still want to continue to separate fiscal policy from monetary policy and to differentiate who is responsible for what? Is this working or is it time to think of new national and global institutions, including questioning the rationale of the World Bank and the IMF?

In closing, the knowledge, technology and human capacity that the twenty-first century offers us is unparalleled, remarkable and promising. The weak worldwide economy is a result of lack of leadership and the clinging onto obsolete economic policies. Yet, despite the current gloom, we are poised to enjoy economic growth, prosperity and a better life for many across the globe – in fact, a quality of life hitherto unknown to humanity. The time has come to believe it and act accordingly.

Michael Harris, How To Grow the Dow Jones and Global Economy, Kokomo Perspetive