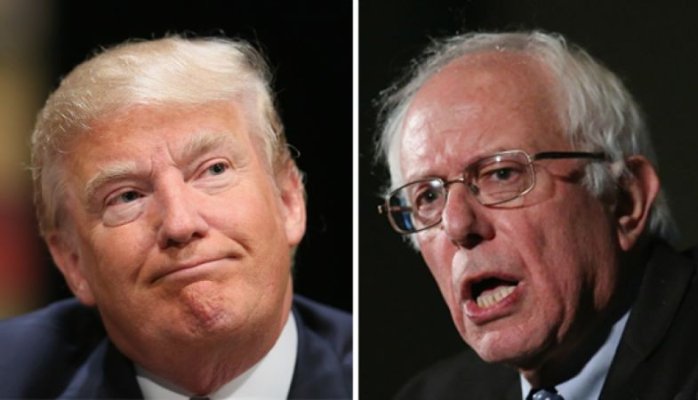 Like many people, I have been watching the 2016 presidential debates with a combination of fascination and trepidation. Unlike in previous years, figures from the fringes of or even outside the political mainstream have upset the conventional wisdom of self-appointed experts and have asserted positions that have hitherto been outside of mainstream political discourse. These positions, like those of Donald Trump, tap into a collective, though somewhat inchoate, anger and resentment; or, like those of Bernie Sanders, advance solutions that appear to many to be outmoded and impractical, if not even Utopian.

In their combined effect – and let me say right now that I’m not advancing either one or assuming that they have any moral equivalence – both Trump and Sanders are providing an outlet for the electorate’s collective frustrations and showing up the inability of the two major political parties to effectively engage with voters. The result, at least among the commentarial, is dismay and anger that upstarts like Sanders and Trump are throwing a destructive monkey wrench into the electoral process – neither of them, it is claimed, are “electable” and both are too extreme to govern effectively even were they to be elected. The sense of an election going “off-script” is palpable and leading media outlets to conclude that the election of a Sanders or a Trump –or even Ted Cruz – poses viable dangers for democracy. The conservative National Review recently published an entire issue devoted to discrediting Trump; Lloyd Blankfein, CEO of Goldman Sachs, recently declared Bernie Sanders to be the “most dangerous man in America”; and people on both the right and the left, from the conservative journal the Financial Times to the former Clinton Labor secretary Robert Reich, have said the same thing about Cruz. (http://www.nationalreview.com/article/430137/donald-trump-conservative-movement-menace; https://theintercept.com/2016/02/08/why-goldman-ceo-lloyd-blankfein-called-sanders-dangerous/; http://www.msnbc.com/the-last-word/watch/reich-cruz-is-more-dangerous-than-trump-608828483543; http://www.ft.com/cms/s/2/54899e7e-c986-11e5-a8ef-ea66e967dd44.html#axzz3zc8QlfrE).

Naturally, I don’t believe that we can be sanguine when politicians engage in hate speech like advocating the banning of all Muslims from the United States or proposing pie-in-the-sky solutions without providing a sufficient financial basis for them. But I also don’t think that these outliers are as dangerous for our democratic system as they may appear right now. Indeed, I suggest that what is happening this year represents an expansion of the acceptable boundaries of our political discourse. Americans are not simply expressing their frustrations with “politics-as-usual” this time around; they are backing candidates who are actively kicking down the restraints to what can and cannot be expressed in public. Trump’s bluster about building a wall along the southern U.S. border is both offensive to many but also crystalizes many peoples’ frustration with the government’s inconsistent approach to immigration policy. Sanders repeat refrains on income inequality also tap into a vein of resentment among a growing number of Americans that the deck has been increasingly stacked against them.

Indeed, one way to think about what is happening is to compare it to European politics. In most major European countries, you have multi-party systems that often have to build coalitions among different parties to form a government. In these systems, political parties range from extreme left to centrist to extreme right. Very rarely do the extremes ever win but they participate in the electoral process and provide an (often unpleasant, it must be said) outlet for resentments and frustrations that would otherwise seethe under the collective surface. In France, for example, the Front National (FN), a far right-wing party, has been in existence for over forty years and, while having had significant success in some regions, has come nowhere near to acquiring national power. Neither of our outlier candidates pose anywhere near the same threat to democracy that the FN would, were they ever to acquire power, but the French system has accommodated them now for nearly two generations. Similarly, the Dutch Party for Freedom (PVV) under Geert Wilders has engaged in attacking Muslims and taken a stance on immigration almost identical to Trump’s. Yet, Dutch democratic politics are robust and its parliaments features members from the liberal, conservative, and labor parties as well as the PVV, the Greens, and even the Party for Animals!

I’m suggesting that what Americans are perhaps most frustrated by is the two-party system itself and the restraints that it places on what can and cannot be articulated in the political sphere. And perhaps the reason why Trump, Cruz, and Sanders have been making important headway against the more “establishment” candidates is that they are willing to kick back at these restraints in ways that the parties, and their supporters within the media, can’t quite fully understand. Again: this is not to minimize the dangers of discourse that preaches intolerance or that promises what it can’t deliver (which, in the latter case, leads to more disenchantment with democracy down the road). Yet, this may also suggest that our political system may be evolving to accommodate a wider range of opinion than before. Although third parties haven’t traditionally worked in America, the surprising viability of these “outlier” candidates indicates that perhaps Americans are yearning for a multi-party system that can encompass a broader diversity of views. I hope that my hunch here doesn’t prove to be naïve but I hope that what we are witnessing here is a healthy development within our democratic institutions and not their undoing. Of course, a lot depends on the primary process, how different constituencies react to the results, and ultimately, who gets the nomination and wins next November. But if the ultimate effect of the 2016 presidential election is to bring more voices, more ideas, out into the public sphere, it may prove to be beneficial in the long run.

Why are Trump and Sanders Doing so Well? Kokomo Perspective Column