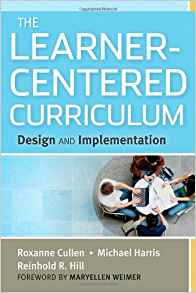 The Learner-Centered Curriculum is for educators and administrators who envision an educational environment that produces students who are creative and autonomous learners. By encouraging an appreciation and adoption of learner-centered practices, educators can transform their curricula to become more focused on the learner.

The book presents a framework for curriculum design based on learner-centered principles while at the same time offering technical advice on implementation as well as the strategic use of assessment, technology, and physical spaces to support innovative design. The authors include several examples of existing curricula that illustrate their framework in practice. Throughout the book, they emphasize the need for assessment, both formative and summative, stressing the point that assessment is an effective driver of change. The book includes a wide variety of options both for individual classroom practice and for programmatic assessment.

The Learner-Centered Curriculum explores the current technology and tools available to educators that can support learner-centered practices and foster autonomous learning and demonstrates how technology can assist in removing some of the obstacles to achieving a learner-centered design. In addition, the authors explain the importance of physical spaces in relation to learner-centered curricular design and show how to tie renovation to curricular implementation to foster incentive to innovate and provide a physical manifestation of learner-centered principles. 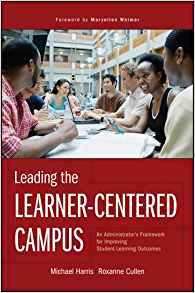 Institutions of higher education are being challenged on all fronts and are attempting to change their ways of doing business in order to answer calls for accountability, transparency, access, and relevancy. There have been many incremental changes in response to these challenges, but incremental change is not enough. In order to respond to our rapidly changing environment, we need comprehensive change, a change in paradigms. As campus leaders face increasing pressure to show that their institutions are doing all they can to achieve successful student learning outcomes, the need for moving beyond learner-centered teaching to learner-centered campuses will become increasingly crucial.

Leading the Learner-Centered Campus offers an approach for campus leaders who are willing to take on the challenge of reenvisioning their own practices in order to make the shift in paradigms complete. The book provides leaders with a framework for examining their work and offers specific strategies for beginning the task of critically studying habitual practices in order to make every aspect of their work intentional, with the ultimate aim of bridging the disconnect between institutionally espoused values and campus leaders’ true operating values.

This book seeks to change the learner-centered paradigm from an effort by individual faculty working alone in their classrooms to an institution-wide effort led by administrators at all levels working to make their entire campuses into learner- centered environments. The authors translate theory into practice, carefully outline how the roles of academic leaders must change in a learner-centered academic environment, and show how to make learning the focus of the institution throughout its varied processes. For everyone from department chairs to college presidents, Leading the Learner-Centered Campus will prove to be a powerful tool for improving higher education. 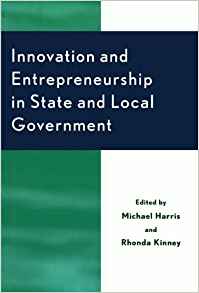 Innovation and Entrepreneurship in State and Local Government

Americans today recognize and celebrate leadership genius in the management of private companies. At the same time, the American public remains deeply skeptical of government’s ability to address real economic and social challenges. The contributors to this timely and important volume increase our understanding of the potential incentives for and barriers to creative problem-solving in the public sector. Drawing on case studies of state and local government, as well as theoretical literature on private sector management, these scholars reveal both the problems and the possibilities in governmental decision-making. 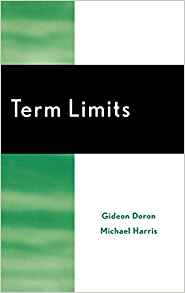 The emergence and impact of the modern term limits movement is a unique story of political development and transformation. Despite its significant impact on politics and policy making, the 1990s implementation of term limits at the state level has received limited scholarly attention. This book, divided in two parts, presents an overview and detailed analysis of the origins and effects of the movement. The first part analyzes the political concept of term limits and its theoretical foundations. The second part focuses on the modern process of implementation at the state level. Term Limits will be of significant interest to leglislators, government officials, lobbyists, members of the judicial branch of state government and anyone who seeks an explication of this movement within its full political, economic, judicial, and historical context.
available on amazon 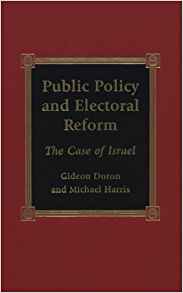 Is the public really sure what they are voting for? Does a small policy change really mean what the voters have been told it means? Public Policy and Electoral Reform: The Case of Israel examines the effects electoral change and reform have on the making and implementation of public policy. The book brings into question the actual influence voters have over electoral outcomes by probing various scenarios. Using the case of Israel as an illustration, political scientists Gideon Doron and Michael Harris bring to the fore analysis that challenges the reader to consider the real potential of electoral reform.
Doron and Harris place the Israeli reforms within a theoretical framework, using Israel as a testing ground for the theory. In Part One the authors describe the theoretical underpinnings of electoral systems and electoral change. Part Two presents the fascinating story of the Israeli case, with close analysis of the successes and failures of the reforms and their impact on public policy from 1996 through the election of Prime Minister Ehud Barak in 1999.