” It’s difficult to know where to start in listing his accomplishments…. He established a million-dollar nursing simulation center... Harris also led the university through the process to add 10 new degree programs… Harris also instituted online classes and increased the number of Friday classes offered…he brokered an agreement with Ivy Tech Community College to accept a full range of “core” educational class credits from the college… He also fortified an exchange program with Sungshin University of South Korea…And, in what may be one of the most innovative mechanisms to make education more accessible to everyone, Harris oversaw the development of the Student Success tuition discount program… This program garnered national recognition from the Lumina Foundation earlier this fall. No university is complete without an athletics program, however, and Harris aggressively pursued its development. In less than a year, IU Kokomo had its first women’s volleyball program and relaunched its men’s basketball program… These first two sports…lead the university to a full offering a athletic program… of join the National Association of Intercollegiate Athletics (NAIA). These changes had an immediate and remarkable impact on enrollment. This fall marked the largest number of students in the school’s history 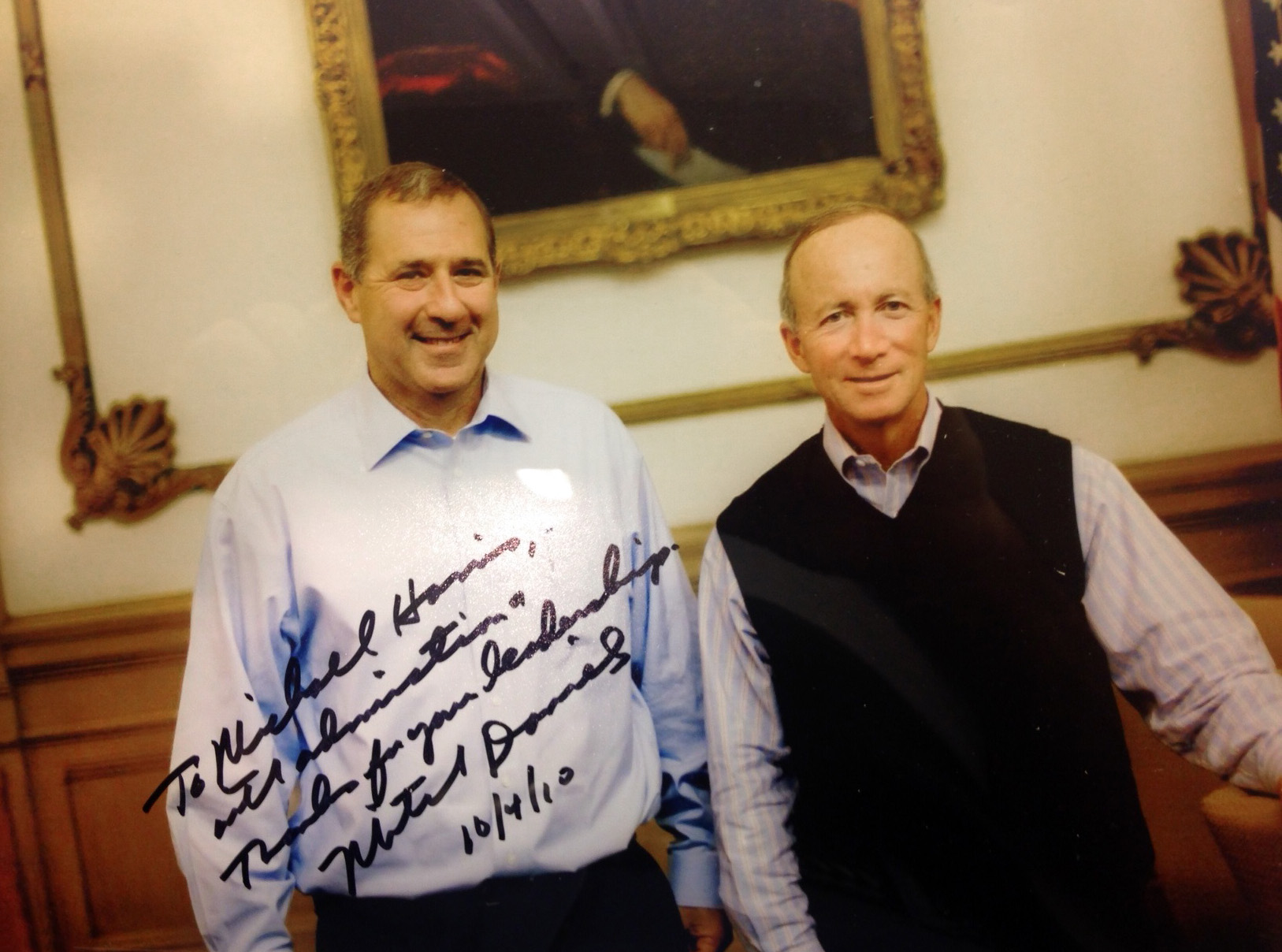 “To Michael Harris, with admiration. Thanks for your leadership.” Governor Mitch Daniels, Indiana

“I am tremendously excited that Chancellor Harris could come here. I think he is going to bring great leadership and also a new dimension to Indiana higher education in general.”

“To Michael Harris with Admiration, Thank you for your leadership, Mitch Daniels, 10/4/2010

“The Most Successful Israelis in the World — A Special Project: Made In Israel,” published April 27, 2012 by Maariv, the second-largest newspaper in Israel, cited Harris as an exceptional leader in academics and listed him among 10 honorees serving as sources of “Israeli pride, the international edition.”

Congratulate you on your recognition as a top Israeli academic working outside of Israel. Under your leadership Indiana University-Kokomo Campus has seen enhanced opportunities in entrepreneurial academics and wide growth in engagement with the community. President Harry Truman said, “Men make history, and not the other way around…. I believe that former President Truman was referring to people like you.”

“Throughout your professional career as a public servant and educator, you have successfully implemented measures to promote academics… As Chancellor of Indiana University Kokomo, you have demonstrated great leadership in promoting growth in student enrollment, new degree program, and other initiatives that have been a major asset…benefiting from your wisdom and innovation.” 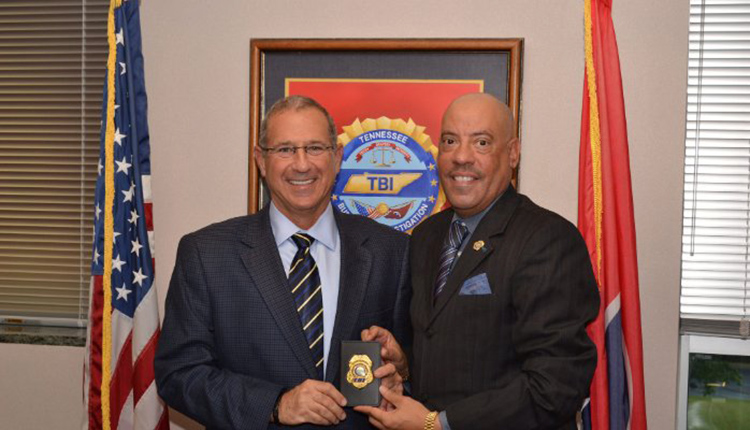 Dr. Michael Harris, dean of the College of Public Service, has been named a consultant to the Tennessee Bureau of Investigation (TBI). This follows two years of collaboration between the college and TBI on a variety of professional development and education initiatives.

“We have worked with Dean Harris for over two years and know that his expertise and experiences will be of great value to the work of the Tennessee Bureau of Investigation,” Gwyn said.

TSU President Glenda Glover applauded the TBI for recognizing Harris’ talent in appointing him a consultant:

“His (Harris) integrity and resourcefulness are unmatched and he will be an asset to TBI,” Glover said.

Publisher looks back at people who made the news in the Perspective – September 2014, Michael Harris Chancellor, IU Kokomo Chancellor,  פרופסור מייקל הריס 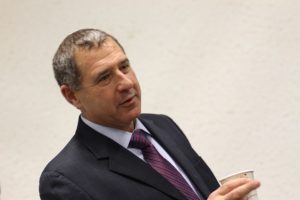 “Over the past 25 years, the Perspective provided its readers with news unlike any other media in Kokomo and Howard County.

But none of the stories that have appeared throughout the years would have been possible without the actions of leaders in this community. Kokomo Perspective publisher Don Wilson sat down and shared his thoughts about several of those newsmakers, recalling how they impacted the course of local history and how they interacted with the paper during their time at the forefront.

These recollections is part of the Perspective’s 25th anniversary celebration.

“In his short time here, he wowed me. He was too big for Kokomo. His ideas were transformative, and the speed with which he implemented things was jarring. He created a lot of enemies in a very short period of time because of that. As with all leaders of that caliber, he had some flaw that sent him away early. We may never know what that was. But if you wanted something done, you got Michael Harris.

The university is much better off for his time here. Student housing, new degree programs, record enrollment, a new fitness center, the athletic program — they all originated on his watch…

I knew that Michael would push so hard and so fast that he would end up ahead of the cart, and he did. His legacy was so strong and so immediate that the stories we wrote about him still garner significant traffic on our website two years after his departure.

He understood the university’s role in building the community and in economic development. He actively worked to make IU Kokomo a factor when it never had been at that level. He turned it into a place you’d actually be proud to earn a degree from.” 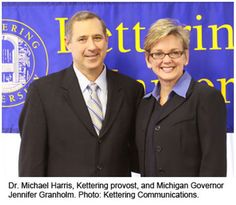 “I want to thank you for your leadership during your tenure in Michigan. Your dedication to higher education and commitment to maximizing students’ potential for success are greatly appreciated.”

“I especially want to thank you for your support of and commitment to advancing clean energy technologies in the state. I am especially proud of the collaborative roles played by Kettering University and the city of Flint in establishing the Swedish Biogas International Center of Energy Excellence in 2008. Your vision for the new clean energy sector has helped us in moving Michigan from the Rust Belt to the Green Belt.”

Dan Coats – Director of National Intelligence (DNI), former Senator from Indiana. “Great to be Together.” 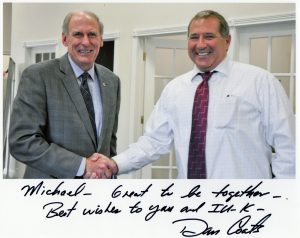 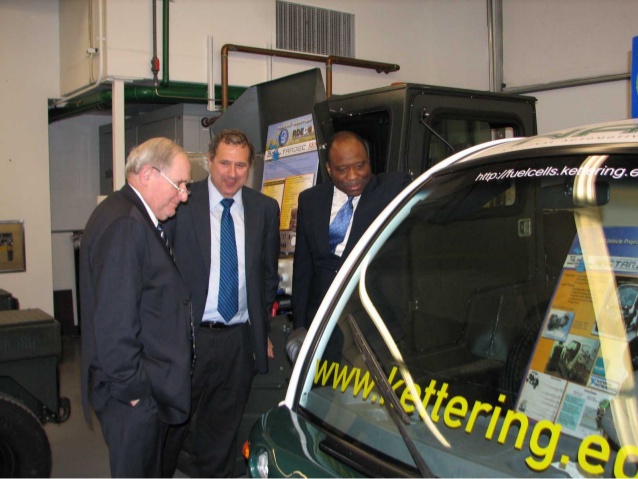 ”I believe Dr. Michael Harris would make a strong contribution to the U.S. Department of Education.”

“A committee of public affairs officials and base commanders met to select community leaders and rank them in order fort his program,” said Lt. Col. Gary Lockard, chief of public affairs. “Honorary Wing Commander is the most prestigious of the seven honorary commanders chosen.”Lockard met Harris during a civic leader air refueling flight last year and recognized at that time he “could be an outstanding person” for the honorary commander program.” 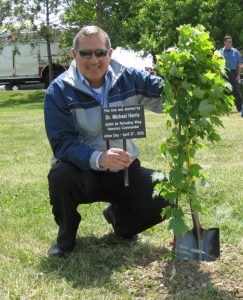 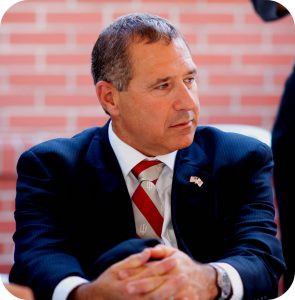 “James Merisotis, president and CEO of the Lumina Foundation,

highlights IU Kokomo’s “Student Success Tuition Discount” program as a frontrunner in blazing new trails for tuition cost-saving measures among colleges and institutions nationwide. Merisotis testified before the Higher Education and Workforce Training Subcommittee of the U.S. House of Representatives Education and the Workforce Committee. The topic of discussion was “Keeping College Within Reach: Discussing Ways Institutions Can Streamline Costs and Reduce Tuition.”

“Prior to Chancellor Harris’ arrival at our campus, IU-Kokomo was coasting along, not growing enrollment or programs, and serving primarily as a commute university. There was minimal involvement of students on campus. I must say that Chancellor Harris was a breath of fresh air and energy, who immediately took the lead to make IU-Kokomo a place where students wanted to spend four years, coming directly from high school. In just two years, he initiated 15 new degree programs and offered 45 online classes. Under his leadership, enrollment went to record-breaking numbers. For the first time, many alumni saw a leader that not only developed a strategic plan, but also implemented it. Our alumni board was both energized and excited about Chancellor Harris’ plans for the university.

In my opinion, more was accomplished under his two-year leadership than has been realized by the university in the last 15-20 years.

“As Mayor of Kokomo, Indiana, I had the distinct pleasure to work with Dr. Michael Harris as he served as Chancellor of Indiana University Kokomo.

During his time in Kokomo, he put IU Kokomo on the map. He changed the image and function of IUK from a small commuter campus to a vibrant university of choice” 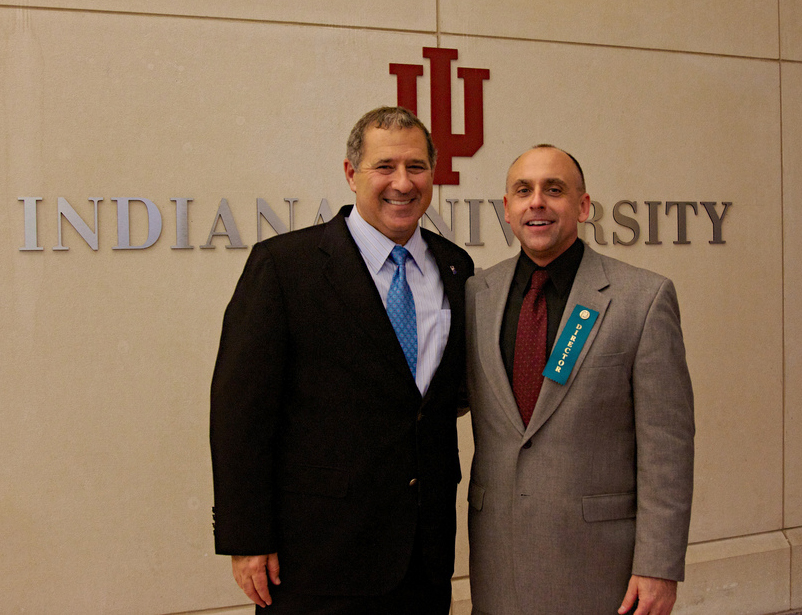