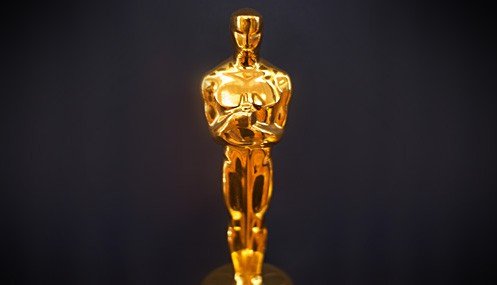 Well, another Oscar ceremony has come and gone (congrats Leo!) and most of us have probably already forgotten the names of most of the winners. And, it must be said, that the host Chris Rock did an excellent job of calling out the Academy for its racial biases while staying, largely, within the acceptable ‘parameters’ of Oscar etiquette. The Academy knew that it was going to get a drubbing and the mostly white crowd nervously, and somewhat sheepishly, took its lumps accordingly. For indeed, Rock was expressing a legitimate frustration given that 2015 was a year which saw a strong crop of African-American films. Think of Creed, written by two African-American writers, directed by one of them, Ryan Coogler, who made a strong debut two years ago with Fruitvale Station, and featuring a remarkable lead performance by Michael B. Jordan. And yet the Academy chose only to recognize Sylvester Stallone as a Best Supporting Actor nominee (and lost to Mark Rylance for his great performance in an otherwise very minor Spielberg film). Or consider Beasts of No Nation, a powerful drama adapted from the Nigerian-American author Uzodinma Iweala’s novel about child soldiers and featuring an astonishing performance by Idris Elba as a West African warlord. It received no Oscar nominations. The critical and popular favorite, Straight Outta Compton, only earned a Best Original Screenplay nomination (and lost) while Chi-Raq, which many critics felt to be Spike Lee’s most potent film in years, earned nothing – not even a nomination for the breakout performance of its lead actress, Teyonah Parris.

So, what happened here? Was there a deliberate campaign to exclude these vital and accomplished films and they were all made by, and starring, African-American talent? While it is certainly easy, and understandable, to see it that way – I would argue that it’s a little more complex than that. As a political scientist and administrator, I have lots of background into group dynamics. To me, the nominations reflect a particular insularity among those who we can call the Hollywood Elite. Far from an orchestrated campaign to deny African-American talent their due, the nominations reveal just how closed-off and self-perpetuating the Hollywood movers and shakers truly are. In effect, these films just didn’t appear on their radar screens. Why? Well, for starters none of these films fit easily into categories that these power broker pay attention to – neither weighty or portentous (or pretentious) enough to be considered ‘prestige pictures’ like The Revenant, the four films that I named above also clearly weren’t designed to be popular spectacles à la science film/action hero franchises like Deadpool.

The Hollywood Elite, thus, wants to appear liberal (witness the numbers of them that support the Democratic Party) but, as many people have pointed out, their hive mind belies their progressive politics. Films about and by African-Americans don’t fit within their conceptions of what a “quality” film or what a “popular” film can be. At best, certain African-American stars like Will Smith or Denzel Washington or (less often) Samuel L. Jackson can become marquee names but only in films that are not specifically about African-American life. In my view it is not a deliberate racism but rather an un- or semi-conscious filtering out that’s going on and, of course, that filtering is fundamentally racial (and sexist, but that’s a topic for another article). All groups act like this: they develop and share certain core assumptions that are then notoriously difficult to modify. If an “African-American film” film doesn’t equate with either “prestige” or “profit,” then, it falls out of Hollywood’s collective consciousness. And it’s because this subconscious filtering has been called out by the #OscarSoWhite Twitter campaign and Chris Rock that the reactions among some mainstream white Hollywood actors such as Charlotte Rampling and Michael Caine has been so defensive.

What, then, can be done? The best way to change group mentalities and group dynamics is to change the group. In other words, it’s high time to allow more African-Americans to take powerful roles in the movie industry – including as executives, producers and directors – so that prevailing attitudes about African-American films and their makers will change. In this respect, nominating more African-Americans and their films for Oscars plays a crucial role. As is well known, an Oscar nomination increases a film’s visibility to general audiences, but the only way studios get those nominations is through expensive ad campaigns and promotional activities (https://wallethub.com/blog/economics-of-oscar-season/2124/). Thus, with more African-Americans in charge of, say, production schedules and marketing, films that center on the African-American experience will receive better press rollouts, more sustained ad campaigning, more nominations, and greater visibility.

Some studios already seem to be getting the message: Fox Searchlight just spent $17.5 million to acquire the rights to The Birth of a Nation, a film about the 1831 Nat Turner rebellion, written, directed, and starring the African-American actor, Nat Parker. The film won the Grand Jury prize at Sundance and is slated for a fall 2016 release: clearly, Fox Searchlight’s intention is to position the film for Oscar nominations. So, perhaps, next year, we’ll see a broader effort to make diversity a reality in the Oscar nomination process. As the Acacdemy’s President, Cheryl Boone Isaacs, said during the award ceremony, changes have been put in place to insure greater equity. In this respect, this year’s #OscarSoWhite (as Twitter has denoted this controversy) may end up being less an unwelcome reminder of the same old Hollywood racial and power dynamics than the start of a broader opening up of not just opportunities, but also recognition, for African-American talent.