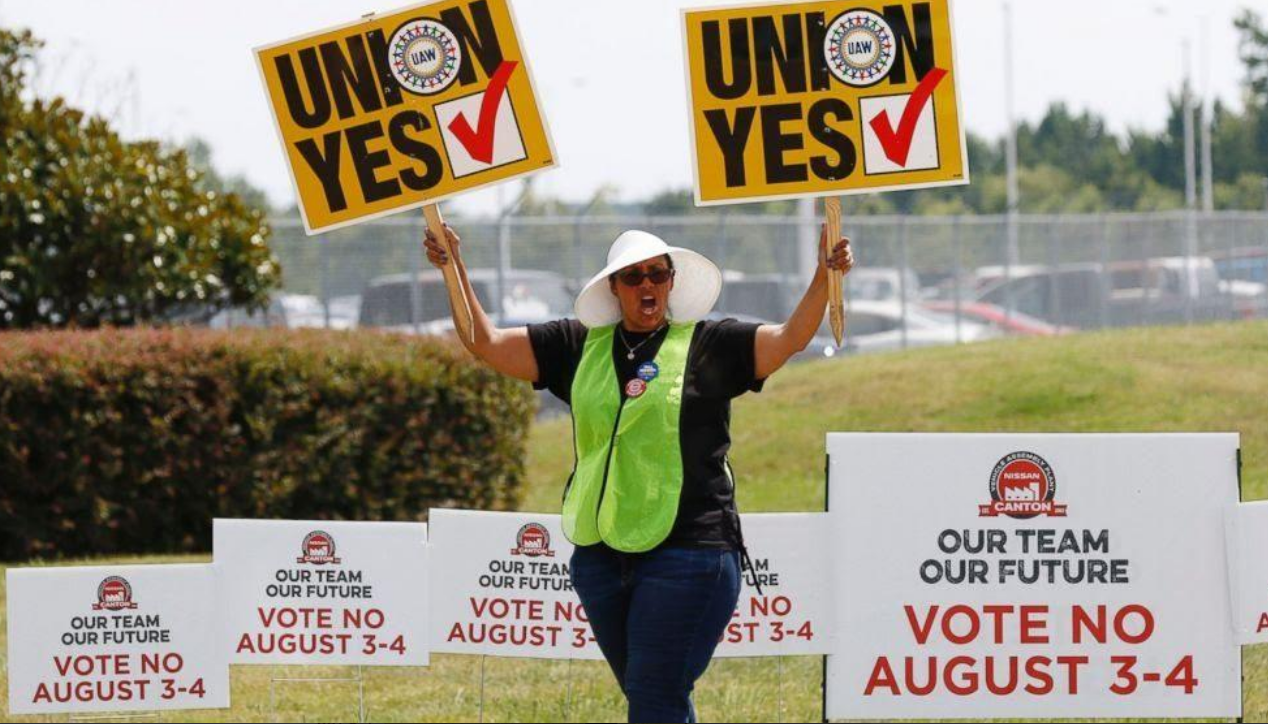 After another failure in the South, Is the UAW relevant or is it obsolete?

Workers at the Nissan assembly plant in Mississippi have voted against forming a union. Another blow to decades of failure by UAW to organize foreign-owned auto plants workers in the South.

The UAW is: The International Union, United Automobile, Aerospace and Agricultural Implement Workers of America (UAW). “It was founded as part of the Congress of Industrial Organizations (CIO) in the 1930s.

Since the 1970s the UAW numbers are declining as is it’s influence.

The UAW has played a major role in supporting the Democratic party for years.

This vote has national implications beyond Nissan and Mississippi. It’s a reflection of change in America.