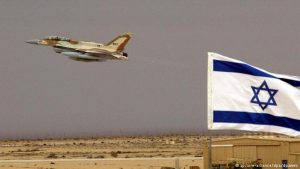 Israel confirmed it carried out the 2007 attack on the nuclear reactor in Syria.  Why has Israel admitted the airstrike over 10 years since it took place and why did Israel reveal what were censored details? Two reasons: The first and most important is that Israel has grave concern that the “Iran Deal” is useless and will allow Iran to be nuclear ready almost at any given time. That existential threat to Israel is an unacceptable strategic threat and is the most significant threat to its national security. By releasing the information Israel hopes to demonstrate deterrent toward Iran. As PM Netanyahu said: “Israel has a consistent policy of preventing its enemies from acquiring nuclear weapons.”Israel, I believe, also hopes with the release of the details to impact the Trump administration as it engages in internal discussions about the future of the”Iran deal.” An agreement that was very poorly negotiated by John Kerry Secretary of State at the Time. The departure of Rex Tilerson from the State Department has weakened the Pro “Iran Deal” wing in the Trump Administration.

A second reason, I believe, for the release of the information might be a cynical one. As PM Netanyahu is fighting a political and legal battle to survive as PM this will help draw away the attention from that agenda. In any event, the fact is that the area that the Syrian nuclear was being completed and was “taken out” by Israel was later captured by IS, One can only imagine what that would have meant if ISIS got hold of a nuclear facility.

It is important to note that the Israeli attack on the Syrian nuclear site was a demonstration of exceptional capacity of the Israeli intelligence community, the armed forces – IDF and especially the IAF. Lessons learned?