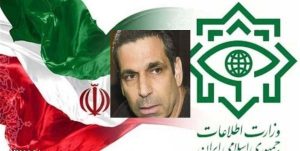 Shocking news and a horrific story! Israel charges ex-minister Gonen Segev with spying for Iran! “The former minister – a scumbag – who spent time in jail for drug smuggling, was arrested on suspicion of committing offenses by assisting the enemy in a time of war, spying against the State of Israel and providing intelligence to the enemy.” He is accused of providing Iran intelligence information about Israel’s energy infrastructure, security, officials, security organizations and more. He lived in Nigeria and arrived in Equatorial Guinea in May where he was refused entry to the country and arrested. He was subsequently extradited to Israel at the request of the Israel Police and arrested for questioning by the Shin Bet (Internal Security) שב”כ after “arriving” in Israel. They found that that “Segev was recruited and acted as an agent on behalf of Iranian intelligence, stating that in 2012. Segev first met with elements of the Iranian embassy in Nigeria, knowing that they were from Iranian intelligence, and later traveled twice to Iran to meet with his handlers.” This story will be received in Israel with immense surprise and intense disgust! A traitor who should be locked up for life (if allegation are true).

« Fed Raises Interest Rates and are Wrong! No Good Reason for this and it will Hurt Wages! Michael Harris PhD, Dean and Professor
Has Germany changed after World War II when Nazi Germany engaged in the Shoah – the Holocaust? I Doubt it! גרמניה אז והיום כלום לא השתנה »