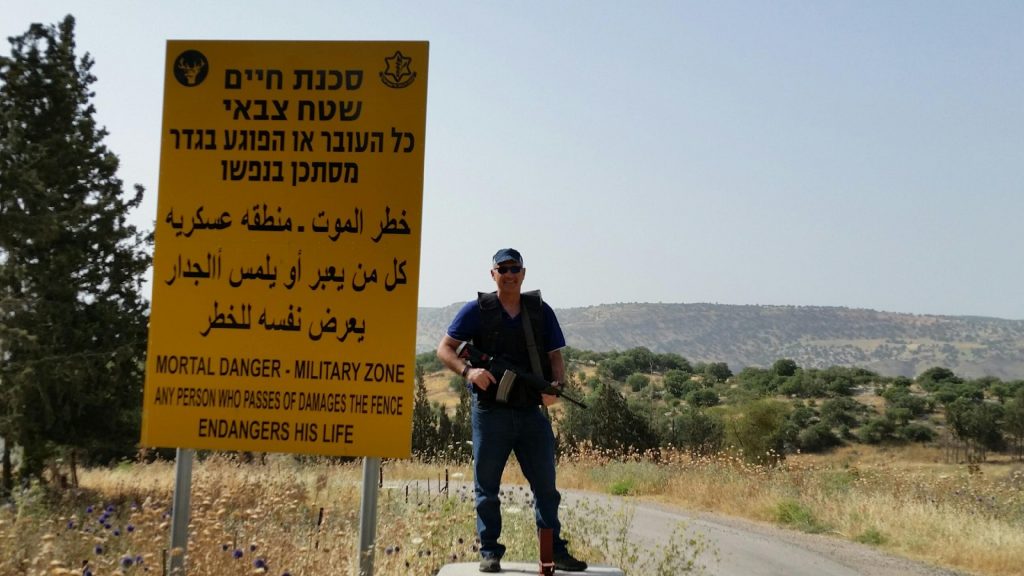 Michael Harris PhD, Major Ret. Intelligence IDF on the border between Israel, Syria and Jordan. Active Combat experience going back to 1975. Behind is an active ISIS area.