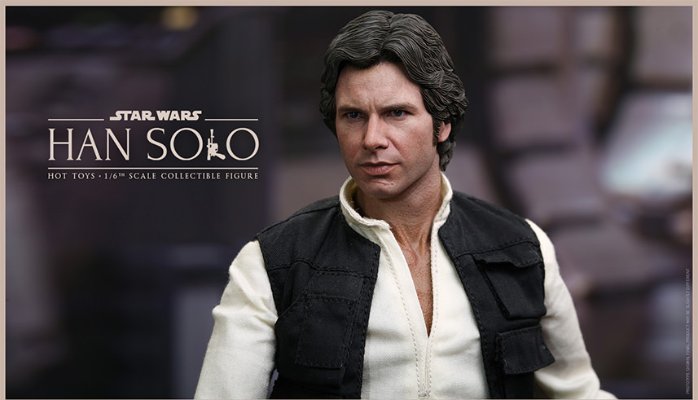 I wasn’t surprised to read the other day that Star Wars: The Force Awakens cleared $1.0bn in ticket sales in just nine days. Although I’m not a big fan of the series myself – I’ve experienced enough real wars, thank you – I certainly understand its appeal: it gives its audience a satisfying mixture of the familiar and the new. Yet, there’s another dimension to its appeal that I find a bit troubling, especially as we move into an election year.

The easiest way to describe my disquiet is to make a simple observation. Am I the only one to notice that most major studio films now are based on comic books or young adult fiction, and they have been packaged as brands? There’s the Marvel brand (Iron Man, The Avengers), the Hunger Games brand, the Divergent brand, and now the rebooting of one of the most durable of these brands – Star Wars. Rather than one or two fantasy films per year, as it was from the mid-1970s to the 2000s, these package-brand fantasies roll out by the dozens every year. Consequently, more adult-oriented dramas are increasingly being squeezed to the margins. Moreover, almost all of these fantasy properties are accompanied by video games, toys and other proliferating forms of merchandise.

I find something deeply unsettling about the superabundance of all this pre-packaged fantasy. These fantasy films rely on the notion that there are specially endowed men (and, occasionally, women) who can “save the day” usually through some magical power or through a superhuman ability to succeed through violence. In The Force Awakens, this is called ‘the Force’ and it seems to be the possession of a lucky few (and apparently can be passed along hereditarily). In the Hunger Games franchise, Katniss Everdeen is a far more skilled huntress than her competitions and, magically, survives every scrape and challenge while most of her competitors and comrades fall.

Don’t get me wrong – fantasy has always been a popular genre and I’m certainly not discouraging you from going to see The Force Awakens. But fantasy, like dessert, in my view, should be enjoyed in small portions. My concern is that there’s so much fantasy streaming into our lives and our minds through all our different media devices. And I ask myself, what kind of understanding of the complexities of American politics, or indeed of the world, can a population reared on pre-packaged fantasy hope to have? This is not an idle question and I’m certainly not the first to ask it. Media critics have been worried since the 1950s and 1960s about the collective impact of television and movies on young people. Critics ranging from the left, like the French Marxist Guy Debord in his classic, Society of the Spectacle (1967) and Chris Hedges’ Empire of Illusion (2010), to the right, like Rush Limbaugh and Fox News, have criticized the ways that the media construct a distorted view of reality (or a distorted reality itself).

As a policy analyst and as a former officer with combat experience, one of the key concepts I learned and had to apply was that of “limits to power.”  All political entities – kingdoms, republics, empires – are ultimately constrained in what they can do by internal and external structures, resources and forces. No one political entity controls all the resources needed to maintain and extend their influence and, consequently, in their efforts to secure these resources, they run up against obstacles – other powers – that check their leaders’ ambitions. Look at history: no one political entity has ever controlled it all, and those who sought to extend their reach beyond their grasp paid for it big time. We call this “imperial overstretch.” The Athenians lost their empire to the Spartans; the Romans were defeated by the Goths and the Parthians; Napoleon met his Waterloo… at Waterloo. Now, how can we convince an electorate of the “limits of power” when our fantasy films encourage dreams of unlimited power? How can Americans hope to come to consensus on thorny issues like immigration, for example, or how best to deal with terrorism, when our minds are filled with fantasies of the Force, or Avengers with superhuman powers? Although I don’t agree with everything he says, the former New York Times writer, Chris Hedges, is onto something when he writes, “cultures that cannot distinguish between illusion and reality die. The dying gasps of all empires, from the Aztecs to the ancient Romans to the French monarchy and the Austro-Hungarian Empire, have been characterized by disconnect between the elites and reality. The elites were blinded by absurd fantasies of omnipotence and power that doomed their civilizations.” (Empire of Illusion, pp. 143-44). Add or substitute the word, “citizens” for “elites” in those sentences and you can see why I am somewhat troubled and work to be cautiously optimistic.

From a policy perspective, you can’t formulate reasonable and sound solutions to complex problems when the environment is steeped in a constant stream of fantasy and no leader to speak truth to citizens. There’s a reason, then, why films like The Force Awakens and The Avengers don’t feature long and involved scenes of debates, discussions and human love: their focus is action and sensation. But real-world problems require: analysis, data, values, compassion, passion, optimism, integrity, an understanding of the human condition and policy solutions.  Policy making, by its very nature, is complicated, messy, and necessarily incomplete. Perhaps the finest recent movie on this complex process was made by the most famous fantasy filmmaker of them all – Steven Spielberg. His film, Lincoln (2012), featured none of his trademark action scenes and special effects. Instead, the focus of this one-hundred-fifty minute film was Lincoln’s patient and persistent efforts to steer the Thirteenth Amendment, which legally abolished slavery, through Congress to its final passage. In its refusal to tell a simple story, or to turn Lincoln into a nineteenth-century Indiana Jones, Spielberg’s Lincoln was a realistic anti-fantasy: a demonstration of the complexities of governing and policy making within a democracy.

So, as we enter a Presidential election year, I will be paying attention to what the American electorate responds to: are we willing to admit that the challenges facing our country are complex? Or will we buy into the fantasy that easy talk and blunt solutions are all that’s needed to formulate solutions? My fear is that an electorate increasingly saturated in fantasy spectacle will favor politicians whose solutions are superficially appealing but, at bottom, inadequate at best and disastrous at worst. I am optimistic that our constitution and a serious call to examine candidates and policy in a realistic manner will prevail. It must! Our future is at stake and it’s not a fantasy or a game.  It’s time for common sense and a reality check to assure the “American Dream.”

But finally let me offer all readers of  of mine most happy 2016 – may the Force (of reason, patience and deliberation) be with you – and us all!