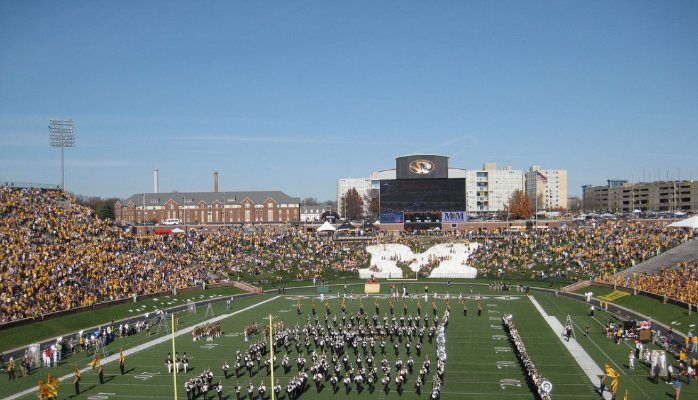 Right now, American universities are in the spotlight and on the hot seat as increasing numbers of students express their frustration at what they see as administrative indifference to their concerns.

The University of Missouri’s president, Tim Wolfe, was forced to resign when the school’s football players threatened to go on strike. There were protests against racist incidents on the campus at Yale, and in another incident there, one aggrieved student shouted down a professor during class.

Campuses have been on edge, and administrators are now rushing to address and hopefully defuse an increasingly tense situation. The University of Michigan, for example, held what they called a “Community Assembly” to generate ideas on making their campus more inclusive. Activists at other colleges are demanding that their colleges and universities take more proactive steps to address racial discrimination in all aspects of their campus life: curriculum design, faculty and staff hiring, and keeping students safe from vicious threats.

To those outside the academic world, the campus disruptions may seem quite surprising. Haven’t American campuses been at the forefront of promoting diversity and inclusiveness for the past 40 years? Haven’t American universities across the land created African-American studies departments, women/gender studies departments, and student-centered offices to help students of different backgrounds to acculturate to campus life?

At my university, Tennessee State University, our Office of Diversity and International Affairs makes it their mission “to build a welcoming environment for the underrepresented student population through various activities, lectures, and workshops.” So, it is understandable that many outsiders would see the recent events warily. Are these students simply overreacting and not appreciative of all the efforts made on their behalf?

From the perspective of an academic professor and administrator, I have a different take. To me, these incidents stem from a fundamental failure of leadership. Universities may have the mechanisms in place to address student grievances, but if academic leaders don’t infuse their staff and faculty with a sense of mission and purpose, even the most well-intentioned initiatives will start to drift and become increasingly apathetic.

As James Kouzes and Barry Posner write in The Leadership Challenge, “there’s nothing more demoralizing than a leader who can’t clearly articulate why we’re doing what we’re doing.” This, in my view, is the state of many universities’ leaders efforts to accommodate students. They’ve grown so listless after repeating the mantra of “diversity and inclusiveness” for so many years that it’s become rote.

The paradox of diversity and inclusiveness is that its institutional success has led to a significant loss of its original sense of mission and passion and a corresponding decline in the university’s leadership response to racial and other discriminatory incidents. Complacency has replaced an active engagement in students’ lives and concerns.

Leadership in many institutions knows to say the “right thing” but fails to lead by example with passion and care. They need to convey a feeling that they, in fact, care beyond the slogans used. I doubt that some of current academic leaders across the nation do care; certainly not as much as for their well-being and paycheck!

They have come to be comfortable with high pay and lack of passion. In fact, the current events across institutions of higher education demonstrates that reality has changed. The passive aggressive conduct of many academic leaders is no longer working effectively to lead universities.

Only those who academic leaders who can adjust to the new reality will be able to have traction with students. It seems as though students are not necessarily “tired of reality” but rather are becoming dismissive of what appears to have taken over academic leadership — passive aggressive leadership. The roots of this culture and style that is now rejected by most students is found in the Midwest.

African-Americans and other minority students are protesting not simply because of a series of isolated racial incidents. They’re protesting because the structures that have been put in place to assist them – and that the universities tirelessly use as a recruitment tool – have grown unresponsive. At Missouri, students are protesting what they see as the glacial response of administrators too cocooned in their suites to truly understand what’s going on. They’re paying to get an education, and they’re feeling increasingly marginalized in return.

So, it’s high time for academic leaders to embrace some fundamental leadership qualities. I have derived mine from years of service in the Israeli Defense Forces, in private enterprises, and in nearly 20 years of holding senior academic positions. It boils down to some key concepts.

First, leadership is an inherently contradictory process that is bound up in complexity. Universities have never done more, on one level, to address issues of diversity and yet, paradoxically, these very measures are frustrating the very students they seek to serve. This paradox is what I call a crevasse – a gap between what is expected of institutions and what those institutions are actually doing.

The crevasse is especially perilous because leaders and institutions are forced by necessity to develop contradictory strategies – to become more inclusive/enforcing norms, for example. True leaders understand that their position is, by its very nature, paradoxical, and that there is no simple, one-step way of dealing with institutional inertia like the kind I’m describing.

This is where Missouri’s president went wrong. From what I’ve read, he seems like a decent guy, but he also seemed to think that the university already had the resources to address students’ grievances and that a more energetic response on his part wasn’t necessary.

But, as incidents of discrimination continued the students grew very aware of the institution’s lack of response; Wolfe wasn’t flexible nor passionate enough in his leadership to adjust to the changing situation on his campus. As it turned out, stating “diversity” in the mission statement and having a diversity office isn’t enough. He fell through the crevasse and seemed to realize too late that, as a leader, he needed to have multiple strategies in play and a profound sense of care.

Another feature that true leaders have is the ability to convey their investment in realizing everyone’s aspirations. That is, they need to promote their students’, faculty’s, and staff’s personal goals and demonstrate that the university has a stake in them beyond enrollment counts or tuition figures.

For example, Tennessee State is only one of 24 universities that is partnered with the Harvard Institute of Politics National Campaign for Political and Civic Engagement. Here, we help students who have political aspirations move from merely studying policy in the classroom to becoming actively engaged as citizens in the political process. Thus, we go beyond merely helping students to adjust to campus life; we let them know that we are invested in their future success.

To quote from Kouzes and Posner again: “The best way to lead people into the future is to connect with them deeply in the present.”

Now, of course, many institutions have similar initiatives, but merely having them isn’t enough. These initiatives have to promote a vision and they have to connect with students as people – not merely provide them with rote responses to their concerns. This is something that true leaders have to work on everyday. None of us who are really concerned about improving our institutions ever feels that we’ve entirely mastered this skill.

If we want to stem the increasing alienation being expressed by minority students on campus, all academic leaders need to step up. The paradox inherent in these campus demonstrations is that diversity and inclusion have become so familiar and so ingrained in campus culture that they’ve lost a lot of their motive and deep force.

Students are telling us that they’re sick of some academic leaders merely going through the motions and repeating the same tired phrases – at a premium cost to them. Let’s recognize this paradox – this leadership crevasse – and use it as a way to renew and to develop a dialogue between leaders, faculty and students that has grown increasingly stale.

Our students’ future and our nation’s future depends on the response.

Dr. Michael Harris Ph.D is a dean and professor at Tennessee State University and the former chancellor of Indiana University Kokomo.