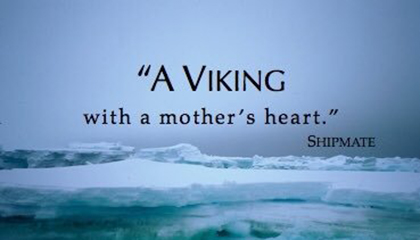 I have devoted many of my recent columns to the topic of leadership, and especially to the crying need, as I see it, for better leaders to run our national institutions. Many of our current crises – terrorism, our weak economic recovery, racial discord, climate change – are worsening in part due to the fact that we do not have any figures who can truly galvanize people into action, endow them with a sense of mission, inspire them to endure great trials for distant goals, and embody, in their very person, the values that they seek to instill in others. Look around you: is there any national, or even international, figure to which you’d be willing to devote your entire energies, and perhaps even your life?

It’s quite ironic, really. Neuroscientists have, in the past twenty years, have learned more about the workings of the mind than in all previous centuries put together. Leadership scholars have utilized these findings to develop evermore sophisticated models that presumably chart what qualities make up a good leader. And yet…… we have the recipe, but no great chefs.

I know, I’ve said all this before. But instead of simply lamenting the absence of leaders, I thought I’d share my ideal for learning from and of: Ernest Shackleton. You may have heard of him, there was a Shackleton vogue about ten or so years ago (capped by a pretty good movie about him starring Kenneth Branagh). But while popular culture has moved on to other concerns, Shackleton’s example has stayed with me. For those who don’t know, Shackleton (1874-1922) was an Anglo-Irish explorer who lived during the famous era of polar exploration. He was involved in several expeditions to reach the South Pole, first as a shipmate for Sir Robert Scott, and then on his own expeditions, for which he would be knighted (although he wouldn’t be the first to – or ever would himself – reach the South Pole. The Norwegian Roald Amundsen took those honors in 1912).

Indeed, my admiration for Shackleton stems less from his success than from his failures. For indeed, Shackleton and his crew suffered one of the most extreme disasters in the history of polar exploration. In 1914, he set sail from England on an imperial trans-Antarctic expedition with the goal of making the first complete land crossings across the entire unexplored continent. However, just as his ship, the Endurance, approached the continent, it was caught in the shifting ice floes and slowly crushed. Shackleton and his men had to evacuate to Elephant Island, off the coast of the continent where they were stranded, nearly a thousand miles away from the closest human settlement and with no way to signal for help.

This could have easily turned into a Lord of the Flies-type situation or something out of the nightmares of Thomas Hobbes: the war of all against all. Indeed, barely five years before, Shackleton’s former commander, Robert Scott, had lost his life, and those of his men, on the continent itself after arriving at the South Pole, just after Amundsen. Yet, Shackleton did not repeat Scott’s mistakes. Rather than acting as an authoritarian, as Scott did, relentlessly pushing his men and his resources past the point of exhaustion, Shackleton inspired his men by promoting teamwork and a sense of shared sacrifice. Rather than merely giving orders, Shackleton made decisions based on his values – and those values put the lives of his men ahead of any vainglorious aspirations for public recognition or posterity. Moreover, as leader, he assumed the greatest burden himself. Using one of the lifeboats aboard the floundered Endurance, Shackleton himself, with two crewmembers, paddled nearly a thousand miles in the south Atlantic ocean back to the whaling station on South Georgia island.

The accounts of this voyage make even a former military officer with combat experience, like me, tremble with awe. Imagine spending two weeks in some of the roughest waters in the world, with limited supplies, fighting severe spring storms (the crew had had to live five months, living on a diet of penguin meat, on Elephant Island before the spring season made it safe enough to launch the boat), and enduring constant fatigue. Now, imagine landing on the wrong side of the island and having to traverse through a range of nearly impassable mountains before arriving – finally, after two-and-a-half long weeks, at a human settlement. Shackleton accomplished this and, due to his bravery and the motivation he inspired in his men, gave them the mental fortification they needed to endure the long wait on Elephant Island. And, best of all, the failed Endurance expedition ultimately did not result in a single loss of life (except the penguins). Shackleton saved all his men.

There have been great leaders known for territorial conquest. There have been great leaders who excelled at the complicated art of statesmanship. But, Shackleton, in my view, is the best kind of leader. He combined both the arts and the science of great leadership. A great leader possesses the artistic skills of creativity and the power of personal expression; but she or her must also exercise a scientific rationality, an ability to apply one’s knowledge to the systematic satisfaction of goals. Shackleton, possessed with a vision, empowered his men to share the sacrifices and hardship to fulfill it. And yet, his men came first – he invested in them, as much, if not more than, they did in the mission. Shackleton did not rigidly follow codes or protocols, as did Scott, when these got in the way: the safety of his men was paramount.

What I see around me today are leaders, so-called, who are far more interested in their personal fortunes than in the lives of their employees and constituents, the viability of their communities, the health of their organizations, and the welfare of the common good. Indeed, the idea that anything other than personal aggrandizement should be given more than lip service appears to be the “received wisdom” of these days and times. Is it wonder then that all our institutions are singularly failing to respond to the challenges of an uncertain, challenging times? We have lots of floundering ships – from political parties, to universities, to private companies – but no Shackleton’s to bring us back safely.

Shackleton said, “never for me the lowered banner, never the last endeavor.” He represented a tireless pursuit of ambitions larger than himself: not for wealth, nor for glory, but for the sheer desire of exploration. While Admiral Horatio Nelson, who defeated Napoleon’s navies in 1805, has his statute atop the column in the square that is named for this famous battle, Trafalgar, Shackleton is buried in a humble grave in South Georgia Island (it’s on my bucket list to visit). But, for me, Shackleton deserves his own column because he was, as one of his biographers called him, “the greatest leader that ever came on God’s earth, bar none.”

As we begin a New Year, its time to “Imagine What The Future Holds” with exceptional Leadership! Happy New Year!

Kokomo Perspective: Portrait of Leader; “Imagine What The Future Holds”