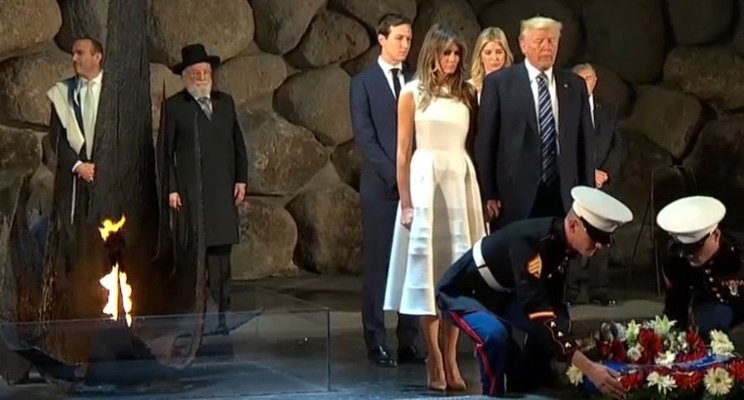 President Trump and Melania visited Yad Vashem (Hebrew: יָד וַשֵׁם‎) Israel’s official memorial to the victims of the Holocaust. The President ‘s message will be remembered for generations! It was the most powerful, emotional and dignified speeches capturing the Holocaust delivered by ANY U.S. President!

In Trump’s words: “We are here at Yad Vashem to honor the memory of six million Jews who were sent to their deaths…. Words can never describe the bottomless depth of that evil.” The President called the Holocaust :“history’s darkest hour” and implored the world to: “refuse to be silent in the face of evil… Never again….. the State of Israel is a strong, a soaring monument to the solemn pledge we repeat and affirm. Never again!”

Sadly only few share that view in America and around the world! As Jews we continue to be attacked daily even here in the US. At time in indirect “passive aggressive” ways but targeted.