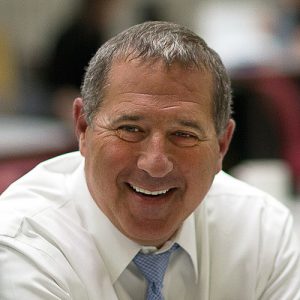 Time Magazine won’t be announcing its person of the year for at least another month, but for me there’s no contest. Some might say Donald Trump for his role in galvanizing the U.S. presidential race; others might vote for François Hollande due to France’s swift response to ISIS’s vicious attacks on Nov. 13. Yet, for me, the decisive figure of 2015 was the Russian President Vladimir Putin.

At first, this may seem like a strange choice. This year Russia and Putin were confronted with setbacks. Economic sanctions, imposed by the West following Russia’s incursion into the Ukraine, have hamstrung the Russian economy.

The current drop in oil prices has only exacerbated Putin’s problems by costing the economy billions of rubles over the past two years. Finally, Russia’s massive military build-up in Ukraine and Syria and close relationship with Iran and Hezbollah has frayed Putin’s already testy relationship with many western leaders including Obama.

It was in 2007 Putin was named person of the year by Time Magazine. In the justification Time wrote about Putin that “this intense and brooding KGB agent took over as President of Russia in 2000, he found a country on the verge of becoming a failed state. With dauntless persistence, a sharp vision of what Russia should become and a sense that he embodied the spirit of Mother Russia, Putin has put his country back on the map.” So much more has happened in 2015 toward that end!

This year has proven to be a year of some frustration and a few setbacks for Putin and Russia, and yet he more than earned the status to be named Person of the Year. The reason is simple and stark. More than anyone else, Putin demonstrated exceptional leadership in the process of changing global political order. As a policy analyst and longtime political observer, I have been struck by Putin’s determination to continue with determination and against the odds to reassert Russia’s geopolitical role, even at the expense of violating international treaties and fomenting humanitarian disasters.

The western half of Ukraine and the Crimean Peninsula are firmly under Russian control, and though the conflict there has died down for now, Ukrainian leaders know that Putin effectively calls the shots the region. As Marvin Kalb, a specialist in the Brookings Institute, puts it, “Putin can now influence and, when necessary, control the flow of economic, political and diplomatic developments in Ukraine.”

Putin’s Ukrainian war, which has left 8,000 dead and has produced 1.5 million displaced people, has thus accomplished the President’s objectives even as the Ukraine slips quietly off the front pages of the world’s newspapers. In other words, the sanctions didn’t work. Ukraine, a country that was seeking to gravitate into the liberal-democratic west, is now firmly back in the Russian sphere.

This year, world concern has shifted from Ukraine to Syria. Putin has made very clear his determination to support President Bashar al-Assad and to commit massive numbers of Russian troops to the conflict. Indeed, Russia’s actions against ISIS and competing rebel groups in Syria have mostly been geared toward recuperating territory to prop up the Damascus regime.

But why does Russia care about al-Assad? In my view, Putin’s strategy in Syria is very similar to that of Ukraine and his even earlier invasion of Georgia in 2008. He’s seeking to build a series of client states that will be beholden to Moscow. Beyond that, both Ukraine and Syria possess a key geographic advantage that Russia does not but has sought for over 300 years: warm water coastlines.

A fascinating article in the online version of The Atlantic reminds us that one of Russia’s central foreign policy objectives – one that dates back to the tsars – is access to warm-water ports. The Ukraine and the Crimea border the Black Sea to the south, and Syria has a long Mediterranean coastline; one of whose principal cities, Latakia, now serves as a base for Russian troops and front air base.

In claiming to be supporting Russian separatists in the Ukraine and propping up al-Assad in Syria, Putin is actually pursuing Russian foreign policy objectives that are centuries old – only this time he appears to be succeeding.

The United States’ policy in the Near East has been defined by its incoherence – its fighting ISIS in Iraq and trying to overthrow al-Assad, ISIS’s enemy, in Syria. Consequently, as it flails about, Washington “has no means of preventing Moscow from pursuing its own agenda in Syria …”

The U.S.’s role in the Ukrainian imbroglio was even worse. As even President Obama admitted, the United States played a decisive role in spurring the protests that led to the overthrow of the relatively pro-Russian president Viktor Yanukovych. Yet, Washington did not seem to calculate that Moscow would respond — with force, as it turned out — to outside interference in a country with long-standing economic and cultural ties to Russia. Overthrowing Yanukovych essentially both gave the Russians an impetus and a justification for their active intervention in the Ukraine.

Thus, the year 2015 marked a geopolitical watershed moment. Putin is not only reasserting Russian dominance in its “traditional spheres of interest” but is actively building a powerful network of client states that will be subservient to Russian political and economic interests.

Let us also not forget that the Shanghai Cooperation Organization, whose creation was spurred by Russia and China to create a competitive economic bloc against the West, formally invited India and Pakistan to join this July.

Putin fits Time Magazine’s criteria for Person of the Year:

“Person of the Year is not and never has been an honor. It is not an endorsement. It is not a popularity contest. At its best, it is a clear-eyed recognition of the world as it is and of the most powerful individuals and forces shaping that world—for better or for worse. It is ultimately about leadership—bold, earth-changing leadership.”

This year despite Russia’s recent economic and political setbacks, Putin is slowly, steadily, constantly, strategically, and successfully working to remake the geopolitical order. With the Crimea firmly in his grip and the Russian air base in Latakia, it means that Russia has a foothold into Mediterranean sea lanes; moreover, Putin has shrewdly taken advantage of U.S. incoherence and missteps to expand his influence in the Near East.

I do not admire Putin personally. He has violated international treaties and has both committed and abetted numerous war crimes. But I must say this about him; he has a clear set of objectives: reestablishing Russia as the dominant Eurasian power and the ruthlessness to pursue them. He knows how to take advantage of his adversaries’ weaknesses to strengthen his own hand. And he has succeeded now in establishing the footholds necessary to reassert Russian hegemony in the eastern Mediterranean.

It would be wise to remind U.S. politicians that politics is not a child’s game, and Putin is no child. He’s a ruthless Russian nationalist who is playing for keeps. And 2015, in my view, marks the moment when Russia – not the West and certainly not the U.S. – advanced its international agenda most successfully and began to redefine significantly the global order towards its own interests.

That’s why I am naming President Putin of Russia Person of the Year 2015.

Kokomo Perspective Column: Why I am Naming Putin the Person of the Year