Given all the attention focused on the Syrian civil war and the refugee crisis, it is somewhat surprising that we don’t hear much about Jordan. A key Middle Eastern strategic ally of the United States, Jordan has demonstrated both an admirable Stoicism and a steadfastness of purpose when confronting the multiple crises that have beset the region for decades.

Indeed, as an Arab nation that has successfully negotiated constructive relationships with the United States, Israel, and Arab nations, Jordan functions as an important safety valve in the region: it has often served as a good-faith broker when regional tensions threaten to escalate beyond anyone’s control.

Yet, the Arab Spring and the Syrian Civil War, both of which started in 2011, have revealed that country’s troubling vulnerability. As a neighbor sitting uncomfortably close to the chaos in Syria, Jordan has been under significant military, political, economic, and social pressure. This pressure is especially evident in the influx of over 1.2 million Syrians into the Hashemite Kingdom.

Of course, the influx of Syrian refugees has been a polarizing issue in both the United States and Europe and has garnered considerable media attention. And yet, while the problems experienced by, especially, Europeans by the influx are in no doubt considerable (consider the harassment that German women in the city of Cologne experienced at the beginning of this year), the influx into Jordan has the potential to further destabilize a region that is already at risk of coming apart. Indeed, no other country has, relative to the size of its population, attempted to shoulder so much of the crisis’s burden as Jordan – and all of this without any appreciable media attention.

The key problem is this: with its proximity to Syria, Iraq, and Iran, Jordan is exceedingly vulnerable to the infiltration and influence of terrorists as well as incursion by their neighbors. We need only consider the December 2016 attack on Karak castle, a historic site, where militants murdered 14 people – which was the fourth major terrorist attack in 2016 – to see how truly vulnerable the Kingdom truly is. Moreover, both Syrian leader Bashar al-Assad and ISIS have made incursions into the northern part of Jordan and that Jordanian troops have been actively engaged in fighting Islamic militants. 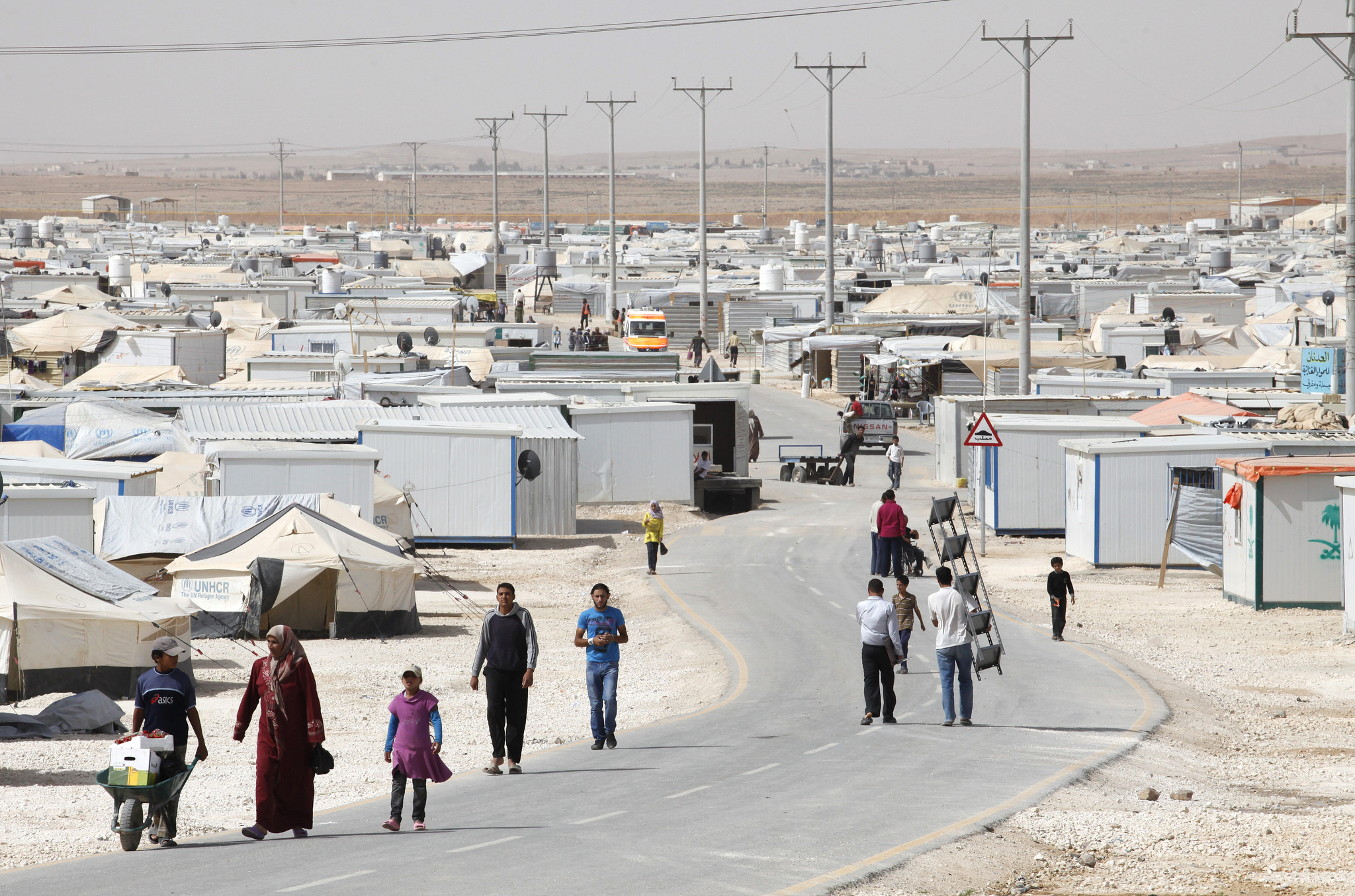 Make no mistake: while news reports suggest that ISIS is on its last legs and that their capital, Raqqa, is soon to fall, the Islamic State is still capable of sowing chaos and destruction in the Middle East. Indeed, the anarchy and disorder in Syria create a habitat for ISIS-based radicalism and threaten Jordan’s the middle- to long-term stability of the Kingdom, especially as it is an active partner in the anti-ISIS coalition.

ISIS militants routinely engage in such activities as killing civilians, security forces, and foreigners, as part of their goal to topple governments that they believe to be corrupt and too beholden on the West. As a result, Jordan is currently struggling to mass the resources required for tackling external and internal security challenges in addition to absorbing the Syrian refugees, and assuring economic development and safety of the Jordanian people. Resilient as it might be the stability of Jordan is at risk. It is not too dramatic to say that a Jordan plunged into chaos will further sow the seeds of destruction for years.

Thus, the refugee problem has more dimensions for the Hashemite Kingdom than that of the USA or the Western European nations. Consider the increased cost in delivering public services and funding infrastructure improvements while absorbing 1.2 million Syrians. This is on top of a shrinking economy: Jordan’s GDP growth was 8.1 percent prior to the 2008 financial crisis and has remained at less than 3 percent, partly as result of the influx of refugees.

Indeed, based on our research, it appears that Jordan is accumulating a significant amount of debt in order to both provide for the refugees and advance the interests of its own citizens. In an effort to address the needs of refugees and maintain stability of the Kingdom, Jordan is risking its future through increased debt while the international community ignores the refugees’ impact on their society.

When you cast your eyes over Jordanian society, you will find that Jordanians are increasingly vexed by the presence of refugees and the competition over resources and public services. This resentment is like a dormant volcano that could reach a boiling point; despite the shared cultural factors and ethnic similarity between Syrian refugees and Jordanians, tensions and resentments are on the rise.

We must remember that Jordanians have struggled in the past as they absorbed Palestinian refugees in 1948 and 1967 and, in our views, this latest round of refugees threatens to exhaust this nation. If we recall the Black September conflict in 1970 – when the Palestinian Liberation Organization waged open conflict with the Hashemite Kingdom – it should also be apparent that Jordan may again find its vulnerable to potential challenges to its political stability by the very people that they are currently sheltering.

By using the metaphor of Jordan a safety valve, we must recognize that a safety valve will relieve the pressure as soon as it exceeds predetermined limits to prevent an explosion. This is exactly what Jordan is trying to do in a region that is fraught with fluctuations and conflicts. However, the United States and the European Union are not aware that this safety valve is nearing the boiling point.

By itself, Jordan cannot sustain its stability without a comprehensive support plan and, frankly, no amount of incremental aid would be enough to assure Jordan’s future. Indeed, this needs emphasis: one of the U.S.’s most important strategic partners in the Middle East is veering toward catastrophe and its collapse will only further abet the objectives of ISIS and other militant groups who are currently sowing chaos in Syria and elsewhere.

While the Eurozone is overwhelmed by its efforts to absorb refugees, it has less interest in the Jordanian struggle. In the U.S., any mention of Jordan in the media is practically no existent. The European countries that are complaining about the impact of Syrian refugees on their economic capacities should take a hard look at what Jordan is confronted with. It is in the interests of the United States as well as Europe that the Middle East that a stable Jordan persists and retains its role as a regional safety valve.

While the U.S. missed an opportunity to deal more effectively with Syria, its long history as an ally of the Soviet Union and, later, Russia, made assistance and intervention admittedly challenging. No such impediment prevents the United States from helping one of its most trusted allies in the Middle East. We believe that it is time both to extend financial and military assistance to Jordan either through such agencies as the U.N., World Bank, and IMF, or directly.

While this would be a tough sell for Americans weary of the ongoing conflict in the Middle East, it is the only way to ensure that U.S. and European national interests remain defended by a loyal ally. To put it in simple terms, the stability of the Middle East depends on the stability of Jordan and its stability depends on absorbing 1.2 million Syrians without further contorting Jordanian society. The time has come to realize that the safety valve is close to bursting.

This article was co-authored by Wa’ed Alshoubaki, PhD Candidate
The article first appeared in the Kokomo Perspective September 27th, 2017