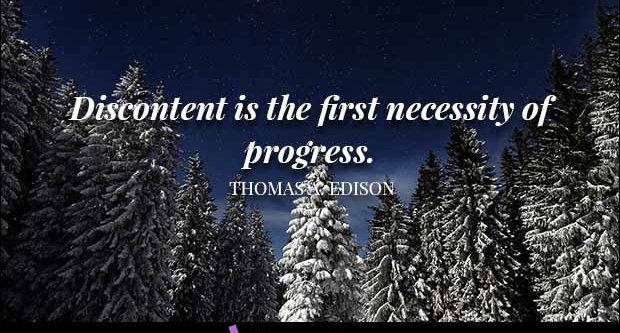 This morning I read a Rasmussen poll that showed that only 36% of Americans believe that the country is headed in the right direction.[1] This correlates with Gallup’s data that reported in early March that only 29% of the country was satisfied with the way things were going in the U.S.[2] One reason, of course, is economics – the national economy grew only 1.6% in 2016, according to the Commerce Department (compared to 6.7% for China).[3] While Americans have economically recovered – somewhat- from the Great Recession of 2008, many have been able to find only part-time, temporary jobs that offer little hope for a secure future. Another reason is politics – Americans are still bitterly divided in the aftermath of last year’s Presidential elections and in the wake of some of the Trump Administration’s early initiatives. This has had a poisonous effect on our national dialogue with neither side willing to listen to anyone outside of their own particular bubble and accusations of “fake news” flying in every direction.

For someone who passionately believes in democracy, the current national mood is certainly disheartening. Yet, this divisiveness reflects a deeper, more challenging, reality – Americans no longer have any sense of common purpose or common endeavor. Increasingly, people live and work in their own enclaves and have little contact with anyone outside of them. This was brought home to me when I read recently J.D. Vance’s “Hillbilly Elegy.” In this memoir, Vance recalls the severely dysfunctional world in which he grew up and, tellingly, how utterly foreign he found the universities (Yale, Ohio State) that offered him the chance of a better life. While elites enjoy the benefits that come with a privileged education, too many American communities have been hollowed up due to job losses, drug addiction, broken families, and despair. And it led me to a troubling question, “how can we infuse people from such broken worlds with a sense of purpose and common endeavor that will give their lives meaning?”

It’s a troubling question because, of course, dictators in the past like Hitler and Mussolini have found their own answers to this question. Our challenge is to find a way of defining a common purpose within a democratic framework. One good way to start is to outline clearly and accurately the challenges that the nation faces. The American Society of Civil Engineers, for example, recently released their U.S. infrastructure report card, awarding the country an overall grade of D+.[4] A failing infrastructure is physical correlate to our citizens’ lack of a common purpose – if we can’t fix the roads that we all drive on, or the ports that ship out the goods we produce, or the electrical grids that supply our energy, then we won’t be able to accomplish much else. An infrastructure program could remind Americans that our nation is a collective endeavor: for all our vaunted individualism, building and maintaining highways, airports, bridges, and canals requires a sense of commitment to the national well-being. A few years ago the Economic Policy Institute conducted a study on the potential economic impacts of infrastructure programs. In one of their scenarios, they found that “a debt-financed $250 billion annual investment boosts GDP by $400 billion and overall employment by 3 million net new jobs by the end of the first year, with the increased levels then sustained over the seven-year life of the investment.” Moreover, “an ambitious effort to increase infrastructure investment by $250 billion annually over seven years would likely increase productivity growth by 0.3 percent annually – a boost more than half as large as the productivity acceleration in the U.S. economy between 1995 and 2005….”[5] We can see the impacts of such investment already in cities such as Detroit. The Motor City is about to unveil a light rail system (M-1 Rail) in May and which is expected to “ignite over $3 billion in economic development over 10 years, including 10,000 new housing units, [and] over 5 million square feet of new commercial space within a 10-year period.”[6] Infrastructure projects, in other words, can lead to economic revitalization which, in turns, helps to integrate people back into their communities.

Naturally, infrastructure projects are not a panacea – much more than new bridges and turnpikes will be needed to restore Americans’ sense of a collective identity. But it is a start: Twitter accounts or Facebook or websites may generate “fake news” but light rails and bullet trains are real, tangible accomplishments that Americans could collectively take pride in. It will help people from the broken worlds eloquently depicted in “Hillbilly Elegy” to find meaningful work and purpose, and will help our country adapt to the increasing challenges of keeping up with the globalized 21st century economy. Rebuilding America is critical for rebuilding our shared American identity; while the phrase “it takes a village to raise a child” has become a cliché, we should also remember that “it takes all the children to preserve the village.”

Kokomo Perspective – Season of Our Discontent?