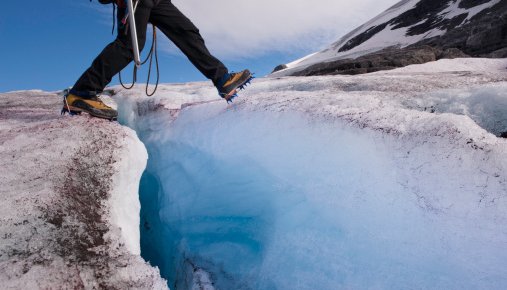 Recently, the World Economic Forum, a Geneva-based non-profit international institution dedicated to ‘improving the state of the world through public-private cooperation,’ conducted a survey as part of their yearly Outlook on the Global Agenda report. Among many diverse topics, they asked participants to consider the state of leadership in the world of 2015. The results were surprising to say the least (http://reports.weforum.org/outlook-global-agenda-2015/top-10-trends-of-2015/3-lack-of-leadership/). Eighty-six percent of all respondents believed that we are experiencing a worldwide leadership crisis, while ninety-two percent of those in North America, the highest in the world, believed it so.

I find this surprising because American colleges, universities, government, and corporate training institutes have devoted ever-increasing resources to leadership development. Leading journals like Harvard Business Review (https://hbr.org/topic/leadership) and Psychology Today (https://www.psychologytoday.com/basics/leadership) devote specific webpages to their ever-increasing spate of articles on leadership formation and strategic management. Books on leadership literally tumble off the (real or virtual) printing presses; recently, Forbes listed the top fifteen books that aspiring leaders should read – just for the Spring 2015! (http://www.forbes.com/sites/berlinschoolofcreativeleadership/2015/03/05/top-15-books-for-creative-leaders-to-read-in-2015/). Given all this activity, we should be awash in Washington’s, Lincolns, and Roosevelt’s – if not even Churchill’s, Caesars, and Napoleons.

But we’re not. Indeed, if the WEF respondents are to be believed, we are actually living in a rudderless world. The captains have abandoned their ships; our Elvises have left the building. A leadership crisis of this magnitude poses serious risks for government, business and non-profits, especially during this economically transformative moment. We are moving, at least in the ‘global north’, from economies based on material extraction and industrial manufacture to ones based on innovation and knowledge production. Moreover, we are doing so in an era of weak growth and increasing social strife as the effects of widening income equality, persistent threats of terrorism, climate change, and renewed great power competition for resources intensify.

So, where have the invigorating, authentic and value based leaders gone? We turn lonely eyes in search of incomparable leaders. Despite the best efforts of scholars and even leaders themselves, to address this drought, we are far from truly understanding why? The more we try to define not only this crisis, but what leadership actually consists of, the less consensus we have. It is difficult to propose a cure when the cause remains obscure. And yet if we want to have even a chance of surmounting this century’s challenges, we need to think – fast – about what makes good leaders, even if we have to think outside, inside, over, under, or around more than one box.

My insight stems from growing up on a commune, experiences in the military, government, business, higher education scholarly work and global travel. At its core, leadership requires an innovative and entrepreneurial mindset. Leaders face challenges head-on and remain flexible enough to keep all their options open. And yet, today’s leaders are struggling to do precisely this. Why? I believe that there are three main variables at work here. First, the pace of economic and technological change is so dizzying that even the best and the brightest struggle just to keep their footing. Institutions now have so many more complex needs than they did even ten years ago that it’s practically a full-time job just keeping up with the changes, let alone directing them (and everything else). Second, globalization provides many wonderful opportunities but also an equal number of challenges – adapting an organization across different cultures, languages, nationalities, ethnicities, religions, and ethical systems requires the diplomatic skill of a Metternich, the cultural awareness of a Margaret Mead, and the business savvy of a Steve Jobs. And it’s not easy to find that combination in any one person.

The last variable is what I call the leadership crevasse peril (LCP). By this I mean that always, but especially in the contemporary world, leadership is an inherently contradictory process/activity. There is no, or no longer, any straight path from A to B, no longer a clear if then; the sheer number of variables in the contemporary landscape means that leaders must always negotiate a terrain where success or failure can occur with great rapidity. Naturally, leaders have always had to negotiate difficult terrain but now it is crisscrossed with fault lines that are always rumbling and shifting: changes that were inconceivable eighteen months ago could spell doom for your organization or lead it on to untold wealth and power. In this sense, leaders must negotiate ever-shifting, ever-unpredictable crevasses while still maintaining the integrity, vision and cohesion of their organizations.

In order not to fall into the crevasses of the globalized world, however, leaders have to adopt contradictory strategies for governing and still manage to stay balanced. This is the second meaning of crevasse in LCP: you have to be constantly shifting between techniques and methods while not getting swallowed up in your own contradictions. What does that mean? Leaders have to be highly motivated as individuals and still be team players; to be consistently creative, yet within the bounds of institutional uniformity; to challenge the status quo while finely calibrating their organizations to it; to have forward-looking visions while accepting, and working within, given reality; and be risk takers even in the knowledge that many risks do not pay off and that they face punishment for failing.

In each one of the above, a crevasse exists within what is expected of leaders – individuality/team, creative/uniform, challenge/adjust, forward-looking/maintaining stability, accepting risk taking/consequences and sometime failure. And true leaders need both to accept and to embrace the fact that their lives and careers exist over that crevasse, with one foot on either side. It is this failure to conceptualize LCP that leads to so much mediocrity and even failure at the highest levels of many organizations. While many leaders talk about risk-taking and vision, most fail to see that leadership is an inherently contradictory process. Great leaders are intuitively aware of this. One of my heroes, Winston Churchill, upon taking up the reins as Prime Minister in the dark days of May 1940, had no illusions about the vulnerabilities of his island nation or his own political fortunes. He understood that, as leader, he needed to provide his people with a vision and a collective destiny; in his famous speech to the House of Commons, he said:

I have, myself, full confidence that if all do their duty, if nothing is neglected, and if the best arrangements are made, as they are being made, we shall prove ourselves once more able to defend our island home, to ride out the storm of war, and to outlive the menace of tyranny, if necessary for years, if necessary alone.

He motivated the English to work together to stave off defeat and occupation: ‘we shall fight on the beaches, we shall fight on the landing grounds, we shall fight in the fields and in the streets, we shall fight in the hills; we shall never surrender.’ Churchill understood that in the absence of American support, Britain was vulnerable – and he had to lead his nation over the crevasse between boosting its morale and sense of their historical destiny, and the grim reality it faced in the summer of 1940. He surmounted his own LCP by embracing the contradictions of his position and providing the British what they needed – vision, motivation, decisions, and a strong sense of values and integrity – that helped them to achieve their Finest Hour.

Indeed, leaders are at their best when they develop a vision and a collective destiny; know how to motivate people; make intelligent decisions grounded in solid values. But, before they can achieve those objectives, they first have to recognize their own contradictory position; their always-tenuous but essential balancing act over a crevasse both of expectations and their organization’s given reality, and of the latter’s need to remain viable and coherent in a world of constant economic and technological flux. By adopting LCP, by seeing leadership as contradictory, I argue that we open an entirely more capacious understanding of what it means to be a leader – especially one who can rise to the many daunting challenges ahead.