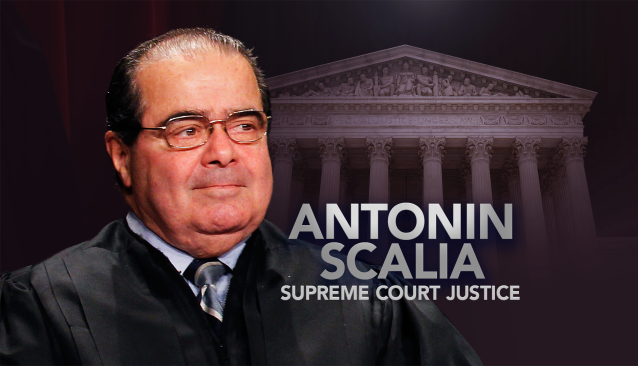 While it was sadly inevitable that the death of Supreme Court Justice Antonin Scalia would spark a huge partisan fight, I was completely taken aback at how quick this happened. It was barely a nanosecond after the news was broadcast that the Republicans announced their intention to block any nominee that President Obama would send to the Senate for approval. Obama, in his turn, wasted little time in re-asserting his Presidential authority to nominate Supreme Court justices and in reminding Republicans in Congress of their Constitutional duty to permit a full and fair hearing for his presumptive nominees.

On one level, of course, this is all political theater. Indeed, even a great playwright could not have timed Scalia’s exit from the stage better: during an election year, two weeks from Super Tuesday, in which both parties are being galvanized (and polarized) by charismatic outliers. Republican intransigents are essentially playing to the rafters: the more hardline they appear to their constituencies, the more likely – they hope – those traditional conservative voters will come out to support them, and elect a Republican president, this fall. By appeal to the Constitution, Democrats, in their turn, are seeking to show up the Republicans – many of whom are “originalists” like Scalia – who demand that President Obama not fulfill what is stated in Article II, Section 2, otherwise known as the Appointments Clause. This, they hope, will prove to voters that they are the more reasonable party and the one more respectful of the Constitution than its erstwhile Republican voters.

So, a large part of the Scalia flack is, of course, election-year strategy and positioning. Both sides are playing to their home audiences. But, for me, what’s revealing is the utter paucity of any kind of statesmanship from either party. Clearly, for those engaging in these fierce, partisan polemics, the interests of party has become more important than that of country. Like any nation that presumes to adhere to the rule of law, the United States needs to have a reliable and stable process for making judicial appointments.

While appointments to the Supreme Court always have a political dimension to them (and have in the past also involved bitter fighting between the parties, in general, the process has ensured that competent jurists make it onto the bench. What is being lost in our contemporary angry rhetoric is any recognition of the national good by the different parties involved. President Obama does have the Constitutional authority to nominate a successor and he did so by choosing Judge Garland. I believe that this was a missed opportunity. The President could have reached out and tried to bring senior Republican senators – like John McCain or Orrin Hatch – to the table and have them participate with him in the selection process. Maybe the President is not aware of or did not want to recognize that “people support what they help to build.” The trajectory outcome was inevitable in our current “state of the union” and no effort was done to change it. So, now we are in the midst of a constitutional crisis and it will have no agreed upon outcome.

Election years are, of course, inopportune times to call for statesman-like behavior from politicians. But the death of Justice Scalia did not have to turn into a Constitutional crisis either – both sides needed, in this intense moment, to come together under the banner of doing what is right for the country. They might have found that voters would have respond more favorably than to the aggressive posturing currently on display. Both sides should have scaled back on the Scalia flack and worked together on the process, as defined by the Constitution, proceed. Ultimately, all this sound and fury will end up polarizing the nation even more. A missed opportunity to assure a divided nation that we are a sustained democracy in the United States.