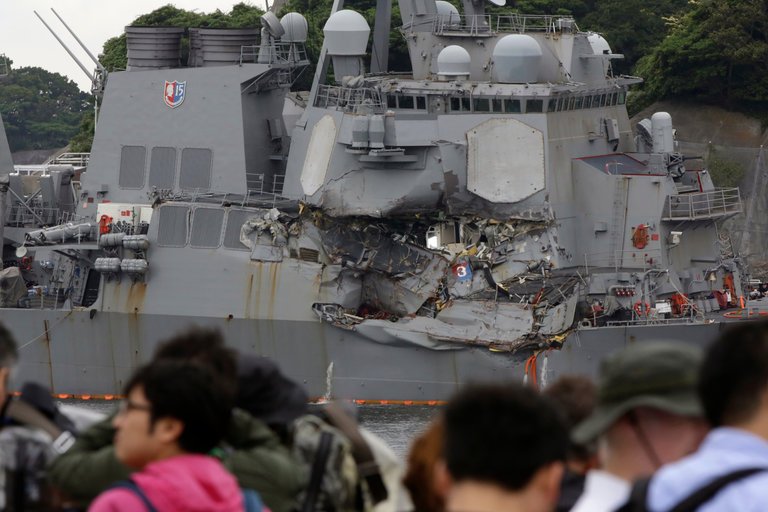 What happened to the Commanders of the Navy in the Pacific when it comes to the Navy motto: “Not for self but for country”

We need an honest “Debriefing – the Missing Key to Organizational Success”!   Not story telling and excuses given to Congress in hope for more money and other resources!  Own it!

The US Navy in the Pacific is responsible for 4 embarrassing and tragic accidents that led to the death of brave sailors and huge damage.

All we got was not debriefing but rather a disgraceful testimony: “We have allowed standards to drop….” said Adm. William F. Moran, the vice chief of naval operations.” That is cause for being dismissed!

“In testimony to Congress….the Navy said that they “had knowingly operated warships there despite a growing number of major training and maintenance shortfalls” — that statement is irresponsible and should have resulted in dismissing the ranking officers that knowingly put the crews at high risk!

The navy leadership and especially the Pacific command must be let go! Coming to Congress with such an excuse is UNACCEPTABLE! The US Navy culture in the Pacific and the thousands of sailors deserve better leaders!