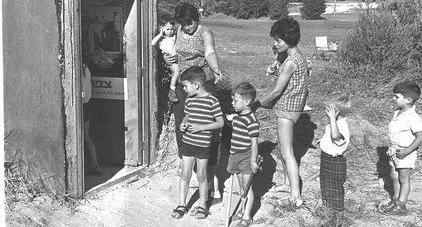 On May 15, 1967 our lives changed in an instant and were never the same. Egyptian troops moved into the Sinai Peninsula toward the Israeli border. That day begun a period of time known as the “waiting period” a very fearful experience that is seared deeply in my memory. For me and my generation the “waiting period” that lasted for 22 days was potent and imperative experience that shaped us. During that time we were exposed daily to Egyptian President Nasser threatening to destroy Israel almost daily and it ended on June 5 when the “Six Day War” begun. During that time external events took place that led to increase fear while internally there was a feeling of crisis and doubt about the looming future. On May 16, President Nasser ordered the buffer, the UN Emergency Force (UNEF) in Sinai to withdraw. At the same time, on May 18, Syrian troops were readying for battle along the Golan Heights. On May 22, President Nasser violated international law and declared the Straights of Tiran closed to Israeli ship movement. The tension and fear were growing in Israel daily. I was 11 years old, a kid growing up on a commune in southern Israel. I remember that period as if it was yesterday. On June 5 the “waiting period” ended with “Operation Focus” which was the code for the opening airstrike by the Israeli Air Force (IAF) at 07:45 AM. On that day we saw the jets taking off from a nearby air base and 6 days later Israel was victorious.

However those 22 days of uncertainty were an experience that contributed significantly to shaping a collective memory and character of my generation. We were raised with the memories of the Holocaust and the legacy of the War of Independence as recent threats targeting our very existence. The “waiting period” and the war that followed brought that threat back to the front of the Israeli society. The shear fear brought on during those days of uncertainty is never forgotten. This was coupled with the mobilization of all men to the military and as we the children and the females who were not mobilized as a reserve force worked on the farm and dug bomb shelters while facing uncertainty and an existential crisis. As part of commemorating the 50 year of a great victory on June 5, and celebrating generals, I hope we can spend time to examine the meaning of what it feels like living under an existential threat, especially as a kid. Sadly, we experienced that again in 1973 during the “Yom Kippur War.” Following the Six Day War life on the commune and in the country returned to normal – children to school, parents to work, marriages to be held – and that is, perhaps the biggest victory of all.  The ability to live a normal life in what is nothing near what we think of when we refer to normal childhood.