What is the reality on the ground beyond all the nuclear rhetoric in and about the Korean peninsula? What can realistically be achieved? 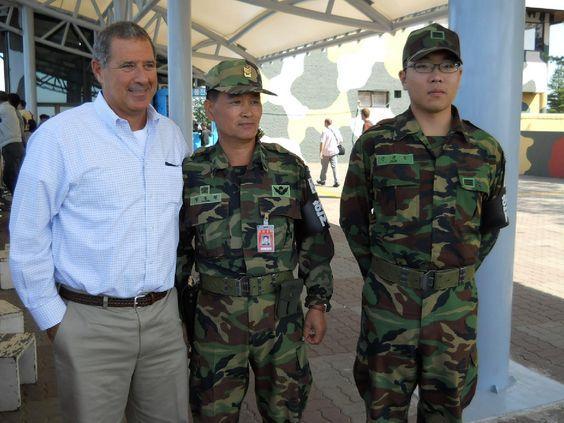 The only solution to the tension on the Korean Peninsula is the US agreeing / pushing China – that has 90% of North Korea trade to “relax.” North Korea has the “bomb” that is a fact! China will not let North Korea to collapse – fact! . Only Solution: US pressure on China to make North Korea “calm down!”

The Republic of Korea Armed Forces is one of the largest standing armed forces in the world with  a total of 3.7 million of them 625K active and 3.1 million in reserve.

North Korea – AKA, The Korean People’s Army (#KPA) has about 1 million active military, 600K in reserve and probably if need could  mobilize millions more. The KPA uses Chinese and Soviet equipment, as well as locally produced versions and improvements of  old equipment. For the most part very poorly equipped.

« Leavin’ on a Jet Plane
The US Navy in the Pacific »