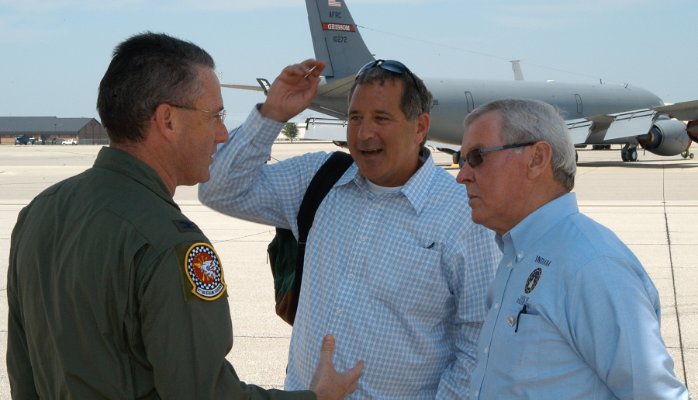 The evolution of the Middle East is a complicated story with many dimensions. The first time that the United States demonstrated a direct interest in the region was during the Truman Administration (1945-53). Since the mid 1940s the U.S. has had an ongoing strategic national security interest in maintaining stability and influence in the Middle East. At this point any analyst or observer would aver that we are facing a ‘perfect storm’ that threatens our national security. Decades of tireless yet naïve and unrealistic efforts to use force, diplomacy and ‘build coalitions’ have failed to change the dangerous trajectory in Iraq and Syria. The core of this instability is in the ongoing sectarian conflicts in Iraq and Syria. They have resulted so far in the disbanding of borders and the collapse of those two nation’s central governments. In Syria and Iraq the regimes are de facto failed states and no longer exist. At the same time, the Islamic State in Iraq and Syria (ISIS) continues to gain momentum and metastasize along crucial routes in the region. ISIS has not been defeated because no current functioning state has articulated the reasons why it is necessary to stop them. In fact ISIS’s birth is the outcome of the collapse of Iraq and Syria. The crisis threatens other countries such as Saudi Arabia, the Gulf Emirates (Qatar, UAE, Bahrain), Jordan and Lebanon. Now add to that dangerous conflagration Iran’s potential emergence as a regional nuclear power.

It is vital that we engage in a thoughtful and candid re-evaluation of the basic assumptions that have guided our policies and that have resulted in such grave outcomes. This analysis must not be an internal political dispute but rather a straightforward dialogue among experts and policy makers. We need an informed analysis based on intelligence, political feasibility, and a recognition both of the limits of U.S. power and that we need to write-off the ‘sunk costs’ in our current strategy.

Unfortunately and tragically the Sykes–Picot Agreement of 1916 still serves as the basis for our current policies. The secret agreement between France and the United Kingdom was designed as a deal to divide parts of the weakening Ottoman Empire into areas of post-WWI British and French influence. This agreement is the foundation for the official borders of most of the states at the center of the ongoing conflict. Those borderlines never made sense beyond the now-archaic interests of the two former imperial powers. In fact Iraq’s current international borders were created by the British at the 1921 Cairo conference. In the process they chose to ignore sectarian reality. We are now experiencing with a total loss of direction the ripple effect of that agreement and the fruitless efforts to sustain its status quo after nearly 100 years. I conclude that the time has come for a dramatic paradigm shift in our efforts, vision, policy and diplomacy.

Iraq and Syria’s current borders are changing and will never be the same. Pretending that this is not happening is irresponsible at best. Do we want to fight yesterday’s wars or be forward looking? We should rely on our values, courage and humility. In 2007 the U.S. Senate endorsed the Biden-Gelb plan to divide Iraq. Today, the division of Iraq into ethnic regions is taking place on the ground while we still pretend as if the Baghdad government is in charge. The trajectory is clear but we choose to ignore it. The fact is that ISIS holds much of western and northern Iraq and parts of Syria. The fall of the central regimes in Iraq and Syria has made it possible for ISIS to advance. The U.S. should focus its diplomatic efforts to create an international agreement or at least an understanding that will enable the formation of new national entities, and a new mid-eastern regional order, out of what we must now call the former states of Iraq and Syria. This will allow the creation and independence of new states that will see that it is in their best interests to assure stability within their borders. The new map will dramatically reduce the inner fighting that brought the collapse of those two states. Those newly formed states will serve to create a ‘new Middle East’ in which sectarian fighting will be seen as counterproductive to the aspirations of those who currently support, or at least quietly tolerate, the Islamic state. Any simplistic approach that does not take into consideration such variables as sectarian politics, tribes, nationalities, religion and economic sustainability will fail. I would like to present a comprehensive alternative vision for a new international map, one that is grounded in the inevitable reality that we are witnessing. Many variables of this vision have been introduced but the time has come for a comprehensive policy and a change in strategy.

Iraq needs to end its existence as a state in name only and be divided into three independent entities. The Sunni, Kurdish and Shi’ite regions should gain independence. Iraq’s Shi’ites are the majority population in the area from Baghdad to the eastern border with Iran and share with the Sunnis the southeastern part of the region. This state will undoubtedly ally itself with Iran. Not much can be done at this point to prevent this from happening. The Kurds already have a state de facto – Kurdistan in northern Iraq. Today the Kurdish Region of Iraq has six million self-governing people. We should not be intimidated to internationally recognize Kurdistan even in the face of substantial pressure from Turkey, a US ally, and Iran. The area in Iraq that is predominately Sunni is west of Baghdad as is most of Syria. Syria should be divided in a manner that partition would result in uniting their Sunni populations with those who live in the Iraqi west. What will be left of Syria will be divided in the following manner: a Druze state should be created in the southern hills and an Alawite (Shi’a sect) sect in the central western part of the country’s coast. This will be, in fact, the re-creation of the Alawite State of the 1920s and 1930s. The Alawite stronghold in the northwest is based around Latakia. This is most likely where President Assad will escape to when the defense of Damascus will collapse, which is only a matter of time.

This vision for addressing the collapse of the central regimes in Syria and Iraq, the rise and imminent threat of ISIS and the threat to the stability of other states such as Saudi Arabia, the Gulf emirates, Jordan and Lebanon is a paradigm shift. It will require international commitments and agreements led by the US. It will allow for a pro-active and reasonable solution that will satisfy the vast majority of the parties and stakeholders in the region. It will make ISIS irrelevant. This new paradigm I believe allows for a historic and strategic opportunity to embrace a forward looking strategy that might fail but has the potential to change the current state of despondency and danger. Trying to maintain an anachronistic status quo is a recipe for failure. New strategy based on being forward looking and grounded in reality is the best hope for moving forward.

*Michael Harris has a PhD in public policy from Indiana University, and serves as Dean and Professor CPSUA, Tennessee State University (Nashville). He is a Retired Intelligence Officer – Major (ret.) in the IDF and serves as a commentator to a variety of media in the U.S. and in Israel.