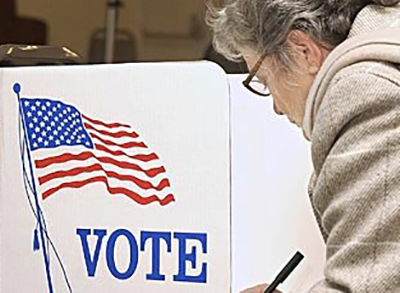 We are still a year away from the next Presidential election and already we’ve had three Republican debates and the Democrats are preparing for their second. Yesterday’s front-runners have hit the skids or dropped out entirely while outsiders like Donald Trump and Bernie Sanders have shaken up the conventional wisdom of both parties.

The confusing cacophony doesn’t stop there, however. Pundits, commentators, insiders and experts fill multiple twenty-four news cycles discussing, debating, dissecting and dismissing the candidates’ “message,”  their policy “experience,” their debate “performance” and their “fundraising prowess.” And let’s not forget that next year will bring out as well the benighted armies of election canvassers and phone bank operators, will see rallies for every aspiring state senator and town alderman across the land, and will plaster every telephone pole, every picket fence, and at least half the nation’s trees with posters, stickers, banners and bunting.

Yes, the civic religion that we call American democracy is gearing up for its quadrennial high services. And like that other great every-four-year event, the Olympics, half of the fascination of watching, if not even participating in the process, is seeing who survives the trial heats, who trips up early in the race, whose zinging debate points hit the mark like a perfect javelin throw, and which team racks up the most medals (electoral votes) on the big day.

Everyone from the most sophisticated social thinkers to ordinary voters have remarked on how the political process has increasingly become a form of spectacle. And, yet, what we often forget is that this ‘spectacularization’ of politics goes against the belief that democracies depend on a population of well-informed, rational voters who make their choices after carefully appraising each candidate in light of his or her personal interests. To quote Thomas Jefferson, “whenever the people are well-informed, they can be trusted with their own government.” Or as that other great American Tom – Tom Paine – enthused, “the mind once enlightened cannot become dark.”

Indeed, the notion of the educated voter is deeply ingrained in Americans’ sense of themselves and their democracy. We all want to believe that our choices are based upon a rational, clear analysis in which we examine the policies, positions, and skills of each candidate and select either the most component or, more likely, the one who will best defend our interests. Yet, examples from history and current research suggest otherwise. As early as the 1830s Alexis de Tocqueville had qualms about the American democratic experiment, “I do not know if the people of the United States would vote for superior men if they ran for office, but there can be no doubt that such men do not run.” And a hundred years later, the great journalist H.L. Mencken, in deriding his favorite target, what he called the American booboisie, doubted his fellow countrymen’s ability to choose their leaders intelligently: “democracy is the theory that the common people know what they want, and deserve to get it good and hard.”

Today, after decades of psychology and media studies, we have a more nuanced view of what influences voter choice. Our decision-making is influenced by numerous factors that are neither obvious nor part of any rational analytic process. We’ve known, at least since the 1960 Kennedy-Nixon debate, that looks indeed matter. That famous contest – Kennedy’s patrician good looks versus Nixon’s sweaty, disheveled demeanor – became the go-to example for anyone making an argument that, in the age of mass media, image trumps substance. Studies going back nearly forty years have shown that attractive image receive more positive assessments as candidate than those considered less so. This was especially the case with largely uninformed – or what we would now call “low information” – voters who had no strong party affiliation.

Yet, in a 2005 article from Science magazine (http://tlab.princeton.edu/publication_files/Todorov_Science2005.pdf), cognitive scientists from Princeton University argued that such voters did not use attractiveness as the single factor that determined their choices. Instead, voters looked for faces that expressed competence. In a fascinating experiment, the project leader, Alexander Todorov exposed his test subjects to a series of photos of candidates’ face at one second per image. The result?  In nearly seventy percent of the cases, the faces judged competent by the test subject were elected by voters. Using computer simulation models, Todorov and his team devised a face shape that best embodies what American voters deem as competent: a square jaw, high cheekbones and large eyes (think Kennedy). By contrast, an incompetent looking face has beady eyes, high eyebrows and appears fearful (think Nixon). Along with competence, the “successful” faces also exhibited “trust (honesty, trustworthiness) and likability (charisma, likability).” Why would voters derive these values from almost subliminal glances at a series of faces?

Cognitive scientists argue that humans have developed the ability to size up other people and their intentions with only a brief glance; indeed, people start to draw conclusions after reading another’s face for a mere 34 milliseconds. Faced with data overload on a daily basis, we try to simplify decision-making by relying on a simple number of variables – essentially, mental shortcuts. Given the often-large number of candidates and proposals on a ballot during a Presidential election year, is it any wonder that voters seek out some shorthand to make decisions? Even the handy voters guide that the League of Women Voters produces for each major election can sometimes feel a little overwhelming!

As Todorov and his team aver, “our findings have challenging implications for the rationality of voting preferences, adding to other findings that consequential decisions can be more ‘shallow’ than we would like to believe.” Some of those implications are spelled out in a new movie – Our Brand Is Crisis. Now, I haven’t seen the movie – and if the reviews are anything to go by, I won’t – but its about a famous true story where an American public relations firm was hired to sway the electorate of a Latin American country to elect an unpopular and unsavory former leader as their president. The film suggests that public relations firms have got public manipulation down to a science (they do) and that voters can be persuaded to vote against their own interests (they do).

So, following Todorov’s experiments and real-world scenarios like Our Brand Is Crisis, do we just dispense with the Jeffersonian rational voter once and for all? In my view, the proof that voters make decisions based on non-rational cues means that to be a truly educated electorate no longer requires just a familiarity with the issues. A truly educated electorate now needs to be aware of these non-verbal cues and the ways in which they can be collectively manipulated. Indeed, our new awareness of these non-rational cues gives us the ability to improve the rationality of our decision-making and makes it even more imperative that we do so. Rather than signaling the defeat of rationality – which is what some writers conclude – cognitive science makes it possible for us to be better aware of our non-rational responses and to counter them.

Thus, as we embark on the next twelve exciting, grueling months of debates, campaign stops, interviews, rallies and ads, ads, ads, ads, ads, I encourage you to reclaim your inner rational voter. Remember that the excessive visual stimulation you’re about to be overwhelmed with is deliberate – counter it by finding out all you can about the candidates, debate with your friends, read the platforms of all the parties (not just the top two) and don’t get caught up in all the image-based gossip (who looked more commanding in a debate? who sounds like someone you can have a beer with?) A viable, vital democracy requires that voters focus on substance over presentation. That is the challenge that we all face in the forthcoming election year.

Article first appeared in the Kokomo Perspective on November 15th, 2015